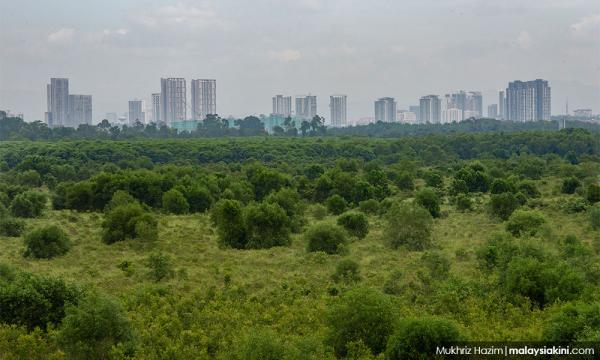 The Malaysian Nature Society (MNS) has urged the Selangor government to rehabilitate the "degraded" portions of the Kuala Langat (North) Forest Reserve instead of destroying it.

MNS president Ahmad Ismail told Malaysiakini that forests damaged by wildfires could be rehabilitated and that the Kuala Langat peat swamp forest was a unique feature that should be protected.

"No equal peat swamp forest to substitute the Kuala Langat reserve forest. It should be there forever and serve the locals," he said.

Ahmad was responding to Selangor Menteri Besar Amirudin Shari's claim that the government was proposing to turn the forest into a mixed-development zone.

Among others, Amirudin claimed that 40 percent of the land was "degraded" and prone to forest fires, hence the proposal to excise the land as a forest reserve.

Amirudin promised to turn other forests into a reserve and maintain 30 percent of land in Selangor as forest reserves.

According to the local Orang Asli community, the Kuala Langat (North) Forest Reserve is home to several endangered animals, which will not be cited due to fear that it would encourage poaching.

However, the land is located in a strategic location for businesses. It is west of Cyberjaya and relatively near KLIA.

Amirudin did not make it clear what the land was supposed to be used for. A report by Singapore's Straits Times suggested that a royalty is among the possible developers of the land.