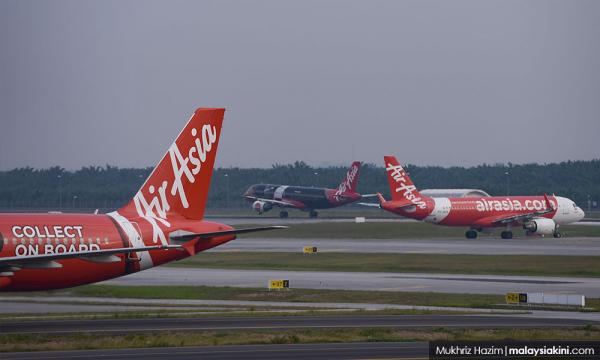 MACC is investigating the allegations from Britain. AirAsia has said it never made any purchase decisions that were premised on Airbus sponsorship, and that it would fully cooperate with the MACC.

The allegations were revealed on Friday as part of a record US$4 billion settlement Airbus agreed with France, Britain and the United States. Prosecutors said the company had bribed public officials and hidden payments as part of a pattern of worldwide corruption.

Airbus said at the weekend it would not comment on the Malaysian investigations.

Analysts said the accusation against AirAsia comes at a particularly bad time as airlines grapple with a slowdown in business because of the fast-spreading coronavirus epidemic that has killed more than 300 people in China and disrupted air travel.

"Besides being embroiled in this corruption scandal, we expect a tough operating environment to persist over the medium term with maintenance cost remaining high ...and concerns over the Wuhan virus outbreak which could derail propensity for air travel in the region," Kenanga Investment Bank wrote in a research note.

"We choose the 'sell first, ask questions later' approach to avoid the uncertainty in association with the corruption investigation by MACC, where the impact on AirAsia could be significant in terms of corporate governance," it said in a note.