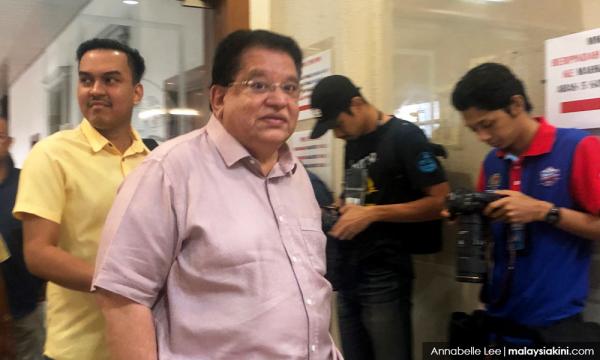 The application by Tengku Adnan Tengku Mansor to suspend a suit against him to seek RM57.17 million in income tax arrears will be heard on Jan 7.

Tengku Adnan, who was former Umno secretary-general, sought to suspend the suit until his appeal to review the tax assessment with the Inland Revenue Board (IRB) was conducted.

However, Bahari said a hearing application by the IRB for the suit to be decided through summary judgment was still pending.

On Nov 4, Tengku Adnan, who is also known as Ku Nan, withdrew his application to strike out the summary judgment.

The government, through IRB, filed the suit on July 24 after charging Tengku Adnan who allegedly owed income tax for the assessment years from 2012 to 2017, as stated in the Assessment Notice dated March 15, 2019.

Based on the claim statement, IRB accused Tengku Adnan of failing to pay income tax within 30 days from the date the notice was delivered, and a further 10 percent penalty on the overall income tax imposed.

The plaintiff said the defendant had failed to settle the entire income tax amount with the 10 percent increase and, as it was still outstanding after 60 days, a further five percent interest was imposed on the defendant.

IRB also alleged that to date, the defendant had yet to pay the arrears with the increment, amounting to more than RM57 million. -- Bernama