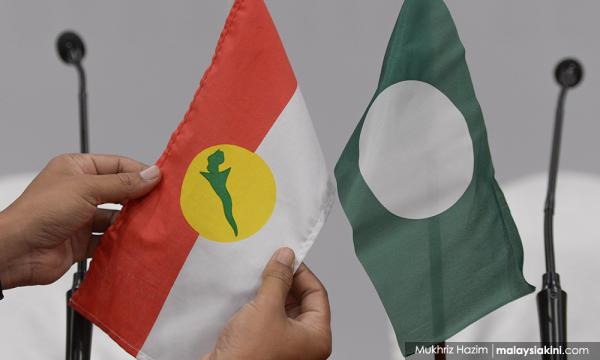 MP SPEAKS | Desperation has caused the Umno-PAS conspirators to change tactics by abandoning the “no-confidence motion” strategy and to try to cause the downfall of Pakatan Harapan government by targeting DAP and Amanah.

The “no-confidence motion” line was earlier decided as the strategy to destabilise and topple the Harapan government after the historic decision of a democratic and peaceful transition of power on May 9, 2018, where contrary to pre-election Umno propaganda and warnings, I was not only not the prime minister, I did not play any official government role and was not even in the cabinet.

The earlier strategy to plot for a new combination and permutation of parliamentary numbers to secure sufficient parliamentary support to carry out a no-confidence motion against Mahathir, or at least the fevered speculation that this was afoot, did not materialise and was quite an abject failure.

Now, desperation has set in, calling for a change of strategy. There are several causes for this sense of desperation, resulting from the failure to find any chink in the solidarity of the Pakatan Harapan government for the conspirators to enlarge and exploit.

But one cause of such desperation is that Nov 11 is getting closer and closer, the date former prime minister Najib Abdul Razak would know whether he walks free or will be ordered to enter his defence on seven charges of abuse of power, corruption and money-laundering involving RM42 million of funds from SRC International.

The Kuala Lumpur High Court had fixed Nov 11 as the date for its decision on the prosecution-stage of the case against Najib after 58 days of hearing since April 3.

The prosecution has called a total of 57 witnesses over the course of the trial from Najib’s former AmBank relationship manager Joanna Yu (photo) to former second finance minister Ahmad Husni Hanadzlah, among others.

Yu, who acted as the liaison between the former premier and the commercial bank in regards to his various bank accounts, testified that Najib spent RM606 million within three years from 2013.

Husni, meanwhile, admitted in court that he lied when he said his resignation as second finance minister in 2016 was not due to the 1MDB scandal, adding he did this because he wanted to protect the then-premier Najib.

However, if the judge rules that the prosecution has failed to prove a prima facie case on any of the seven charges, Najib will walk out as a free man on Nov 11.

Time is running out not only for Najib but also for other Umno kleptocrats whether charged or not yet charged, which makes sense of desperation more acute with every passing day.

In the change of tactics, the pedlars of lies, fake news and hate speech to incite inter-racial and inter-religious polarisation and conflict have escalated their campaign and caused such an upsurge of lies, fake news and hate speech that those who advocate multi-racial Malaysian nationhood are painted as the country’s number one enemies, and even the country’s basic documents like the Constitution and the Rukunegara which advocated a multi-racial, multi-lingual, multi-religious and multi-cultural Malaysia, are made to appear as if they have violated national aspirations.

DAP is suddenly pictured as a terrorist organisation or one which supports terrorism, be it communist or LTTE.

Being accused of being a supporter of the LTTE is the latest of a long list of lies and falsehoods which had been levelled against me in my 54 years in Malaysian politics. I had been accused of being a communist; responsible for the May 13, 1969 riots, leading the street demonstrations in Kuala Lumpur shouting anti-Malay and anti-Islam slogans although I was never in Kuala Lumpur after the May 10, 1969, General Election.

I have been painted as quite a devil, a puaka, even jembalang. I have been accused of being anti-Malay, anti-Islam and at various times even anti-Indian, anti-Chinese educated Chinese, anti-English-educated Chinese as well as an agent of KGB, CIA, MI6 and even Australian Intelligence.

Before the 14th General Election, such toxic politics alleged that I would be the prime minister of Malaysia if Pakatan Harapan won the polls. When such lies and falsehoods were proved wrong after May 9, 2018, new lies and falsehoods were manufactured to allege that I am the real power in the Pakatan Harapan government in Putrajaya and that Mahathir, Anwar Ibrahim, Wan Azizah Wan Ismail and Mohamad Sabu were merely my stooges and puppets.

If all the lies told about me were true, I must be among the richest, the most powerful and the most remarkable persons in human history.

Now, DAP is suddenly accused of supporting the revival of LTTE and the PAS official organ, Harakah, even went to the extent of carrying a monstrous lie of an evil but non-existing LTTE-DAP-Israel-American quartet?

There will be more lies, fake news and hate speech from now till No 11, and if Najib’s defence is called, from Nov 11 till the judgement of the SRC trial.