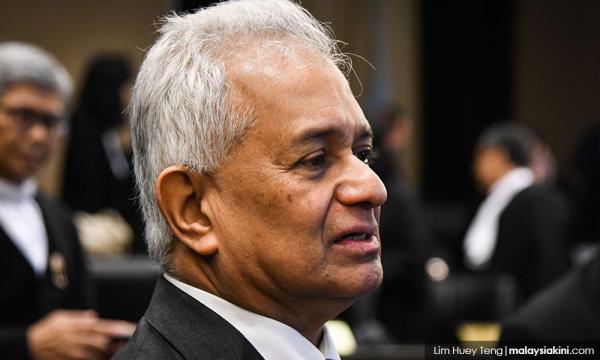 Committal proceedings against AG will not disturb coroner's ruling - lawyer

The committal proceedings against Attorney-General Tommy Thomas for alleged contempt in the inquest into fireman Muhammad Adib Mohd Kassim's death will not disturb the coroner’s ruling on the said inquest set for Friday.

The Coroner’s Court on Aug 27 allowed the application.

Counsel Khatri Abdulla who is representing the deceased’s family said the committal proceedings would not affect the decision on the inquest.

“I’m explaining this so that the public would not get confused, as the decision on the inquest and committal application are two different matters,” the lawyer told reporters in Shah Alam today.

At the case management today before coroner Rofiah Mohamad, senior federal counsel (SFC) S Narkunavathy who represented the AG informed the court that she had filed a notice of appeal against the decision to allow Mohd Kassim’s application.

She said her appeal against the decision was earlier ruled by the High Court as a civil appeal but later changed to “criminal appeal”.

“Hence, the Coroner’s Court must prepare in writing to the High Court on its grounds to allow the committal proceedings,” said SFC.

Rofiah set Oct 7 for the next case management.

Muhammad Adib, 24, a member of the emergency medical rescue services (EMRS) at Subang Jaya Fire and Rescue Station was seriously injured in a riot at Sri Maha Mariamman Temple, USJ 25, on Nov 27, 2018.

He died on Dec 17 after 21 days at National Heart Institute.