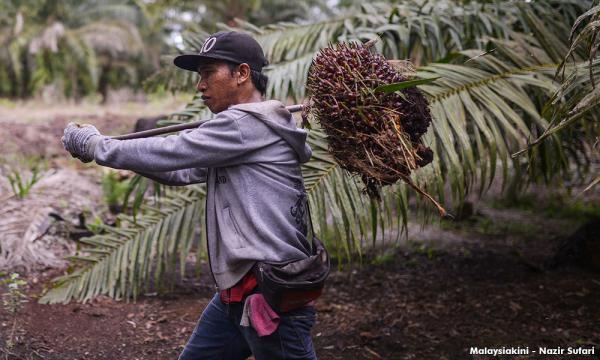 "We also banned the conversion of forest reserved areas for oil palm cultivation and also pledged to make the oil palm plantation maps available for public access," she said at the 39th Palm Oil Familiarisation Programme (POFP) in Putrajaya today.

Kok (below) said the policies showed the commitment and seriousness of Malaysia in proving that the oil palm industry was sustainable, adhering to the requirements of international and national standards to wave off negative perception.

She said Malaysia had always applied appropriate best agricultural practices, including environmental impact assessments in the development and operation of its palm oil industry.

"We are committed to maintaining at least 50 percent of our land under forest and green cover. The latest figures reported that about 55.6 percent of Malaysia's 33 million hectare-land area is under forest cover as of 2017," she told 34 participants from 19 countries.

Organised by MPOB and supported by the Malaysian Technical Cooperation Programme under the Foreign Ministry, the POFP's objective is to familiarise and expose participants to the whole spectrum of the palm oil industry in Malaysia.

It includes the current development and progress of key sectors of the industry, namely the upstream, midstream and downstream.

Organised since 1982, a total of 1,274 participants from over 100 countries had attended and benefited from the programme.

Kok hopes the participants will become ambassadors of palm oil to spread the palm oil goodness in their respective countries.

At the event, a pullout called 'Plus' that captures an array of articles and interviews on palm oil goodness as well as a cover story by the Raja Permaisuri Agong Tunku Hajah Azizah Aminah Maimunah Iskandariah, was launched.

Plus, which is part of the MPOB’s communication plan, was published in three languages - Malay, English and Chinese - and launched in conjunction with the World Heart Day on Sept 29.