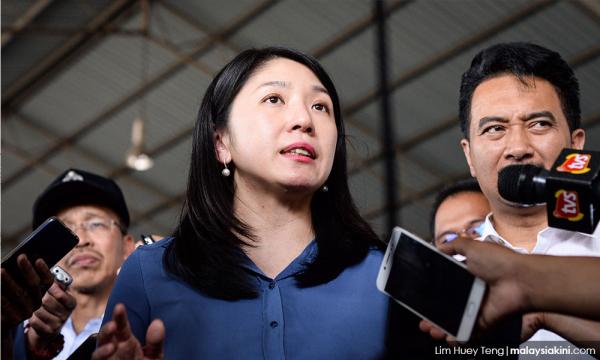 Energy, Science, Technology, Environment and Climate Change Minister Yeo Bee Yin has vowed to take legal action against those circulating an image on social media which links her to IOI Group's chemical plants in Pasir Gudang.

In a statement posted via her Facebook account, she said the claim is an insult to hundreds of civil servants from various agencies who are working to tackle the health incidents in the district.

“They work tirelessly day and night to take parameter readers and analyse data to find the source of this incident.

“The move to politicise this incident is despicable and disgusting because it does not care for the feelings and trauma of parents and children affected by this situation.

“I will take legal action against all who spread this slander and abuse their freedom of speech,” she said today.

The image is an apparent montage featuring Yeo and her husband, Lee Yeow Seng, who is the CEO of the IOI Properties Group.

Lee is the youngest son of former IOI Group executive chairperson Lee Shin Cheng, who passed away on June 3.

The text accompanying the montage claims that Yeo’s husband has three chemical plants in Pasir Gudang, and asks: “Why is the government slow in taking action”?

The Pasir Gudang district is currently facing a new wave of cases involving breathing difficulties. However, unlike the Sungai Kim Kim incident in March, the cause of the problem has yet to be determined.

In the meantime, Yeo has said the government will no longer approve applications to build more chemical plants in Pasir Gudang, while factories have agreed to provide schools with gas monitors.

She said she would also table a cabinet paper for funds to set up an automated pollutant monitoring system on Friday.