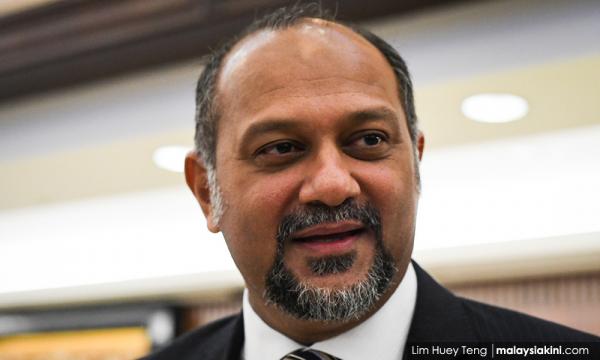 The Communications and Multimedia Ministry today launched its Strategic Plan outlining six thrusts that will serve as the framework for the ministry and its agencies, departments and divisions for the period 2019 to 2023.

Minister Gobind Singh Deo said the plan is imperative to ensure that the work of the ministry is implemented in accordance with plans based on the vision, mission and objectives of the ministry and the latest government policies.

Addressing the Excellence Service Awards 2018 session of the ministry in Putrajaya, Gobind said the six thrusts include expanding the dissemination of information on nationhood to enhance the people’s identity and patriotism.

The other thrusts are enhancing reliable, affordable, quality and accessible telecommunications infrastructure; driving the digital economy and ICT to developed-nation status; strengthening the regulation of a reliable and stable communications and multimedia ecosystem; empowering quality and up-to-date broadcasting services; and catalysing a competitive and global-standard creative content industry.

Recounting the successes of the ministry felt by the people since May 9 last year, Gobind said the ministry had successfully enhanced the broadband service to “double the speed, (at) half the price”.

Early this year, 1,100 houses in Jasin, Melaka, gained access to high-speed Internet following the success of the pioneer project under the National Fiberisation and Connectivity Plan (NFCP), he said.

A pioneer programme, Terragraph, was launched in George Town to make available high-speed broadband connectivity in February this year, he said.

Gobind also said that through RTM, prestigious sports like the Asian Basketball League (ABL) and Cub Prix were telecast.

According to Gobind, the National Film Development Corporation (Finas) has seen the success of locally produced fiction films in 2018 as they raked in collections totalling RM170.4 million for 58 films.

“At the global level, 37 films which received government funding and incentives have penetrated various international film festivals by scooping 15 awards.

“Several films like One Two Jaga, Pulang, Hantu Kak Limah and Paskal were also screened on international platforms like Netflix,” he said.

Meanwhile, Gobind urged all staff of the ministry to give their full commitment to the National Anti-Corruption Plan (NACP) to ensure the effectiveness and success of its implementation.

“I hope all ministry staff can discharge their duty as civil servants by always being firm, courageous and fair and be willing to take risks to ensure integrity and governance are not undermined,” he said.

At the ceremony, Gobind presented excellent service awards for 2018 to 612 people, including 35 recipients from the Malaysian National News Agency (Bernama).