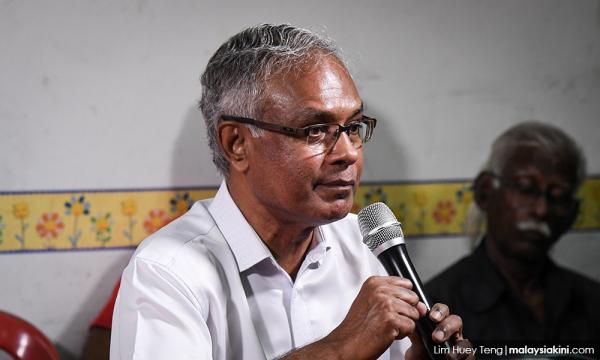 Putrajaya's healthcare policies for the bottom B40 income group are contradictory because it was allowing the private medical services providers to expand and recruit specialists from the public sector, said PSM's Dr Michael Jeyakumar Devaraj.

In a statement today, Jeyakumar (photo, above) said although Putrajaya, on the one hand, had arranged for the MySalam insurance scheme for the underprivileged, the Finance Minister Lim Guan Eng was a major proponent of "health tourism" which only concerned the private sector.

"In Penang itself, Lim approved the expansion of Island Hospital by granting them 6.4 acres of government land to develop 'Island Medical City'.

"Does he not see that expansion of existing private hospitals undermines the government health sector by siphoning off even more specialist doctors from government hospitals?

"Does he not know that only 10 percent of the specialists with more than 10 years of experience post-specialisation are currently still in government service?" asked Jeyakumar.

When contacted for more details today, Jeyakumar said the right policy was for Putrajaya to expand the capacity of public healthcare to make it the first choice of the B40 and M40 group.

"There should be a moratorium on the expansion of private health care and hospitals, especially in the west coast," he said.

This was PSM's response to Lim's latest explanations regarding the MySalam insurance scheme arranged by the Finance Ministry.

Insurance giant Great Eastern had contributed RM2 billion to the fund which would entitle eligible policyholders to an RM8,000 one-off payment should they contract 36 critical illnesses.

Policyholders will also be able to claim RM50 for each day they are hospitalised, up to RM700 a year. However, the policy was only applicable if treatment was sought from public hospitals.

Lim had explained that this was a form of safety net for vulnerable groups.