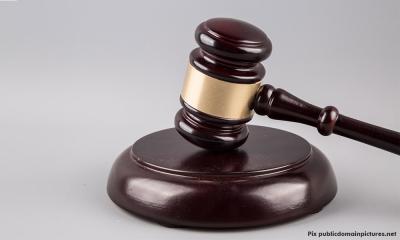 After 22-year-old factory worker A Taneson was charged in the Shah Alam Magistrates' Court today for insulting Prophet Muhammad, a senior citizen is set to be charged tomorrow for the same offence at the Kuala Lumpur Magistrates' Court.

Sources from the prosecutor's office in the Attorney-General's Chambers also said that the man arrested for placing idols at the Surau Sabilul Huda in Klang will also be charged tomorrow.

The senior citizen, a 68-year old from Mentakab, was detained last week after several police reports were filed over his alleged insults against Prophet Muhammad.

As for the 37-year-old arrested for placing a 'datuk kong' and Hindu idols at the Klang surau, police said that he was a practitioner of a "deviant" sect called 'gila isim' who tested positive for methamphetamine.

This afternoon, Taneson was charged under Section 298A(1) of the Penal Code, and claimed trial before magistrate Rini Triany Muhamad Ali.

The provision, which pertains to causing feelings of enmity, hatred or ill will, or prejudicing the maintenance of harmony or unity, is punishable by up to five year's jail upon conviction.