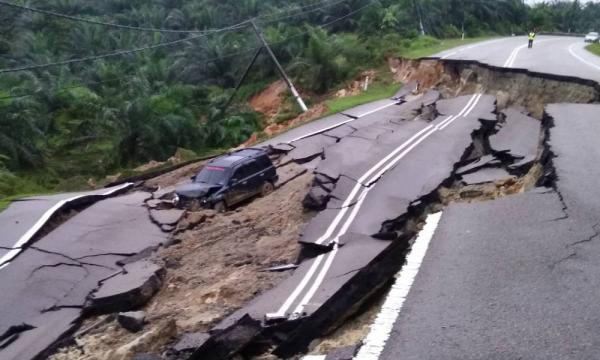 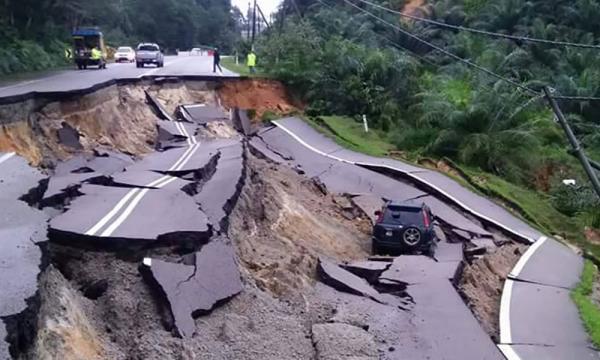 A man was lightly injured after his vehicle plunged several metres down after a massive landslide along the Jemaluang-Mersing road in Johor early this morning.

According to the Fire and Rescue Department, a distress call was received at 2.30am.

The victim, 60, was later sent to the Mersing Hospital for evalution.

Previously, the Meteorological Department had warned that Johor will face several days of heavy downpour.

The Fire and Rescue Department added that the road is currently off-limits, and advised the public to use alternate routes.

Mersing district police chief Cyril Edward Nuing told Bernama that the caving in resulted in a 70m-wide sinkhole which was 15m deep.

He said those travelling to Mersing or Kuantan, or from Mersing to Johor Bahru, are advised to use the alternative road at Jalan Nitar-Jemaluang.

Meanwhile, Mersing JKR said in a statement that warning signs have been put up at the location.

"Response teams are constantly monitoring the situation at the site, and road users are advised to use the alternative route and to be careful," the statement said.