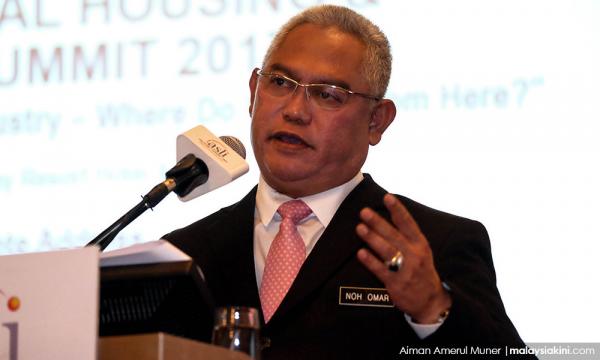 Urban Wellbeing, Housing and Local Government Minister Noh Omar has admitted that a lot of houses priced above RM250,000 were unsold, and for that, he blamed developers who are overzealous in building luxury units.

He said developers should instead support the government in providing affordable housing to the rakyat, for which the government had spent at least RM2.7 billion so far.

"Studies have indeed shown that houses priced below RM250,000 are easily sold. The majority of unsold units are apartment units priced over RM250,000," he told a press conference at Putra World Trade Centre (PWTC) in Kuala Lumpur today.

He said this in response to a question on the remark made by Kinabatangan MP Bung Moktar Radin that he had received complaints that it has become impossible for most people to own a house in the Federal Territory...