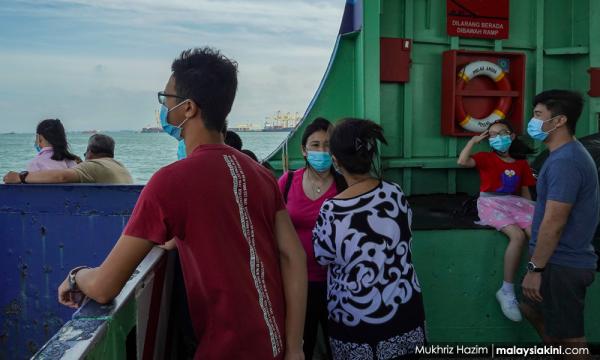 MP SPEAKS | Ever since Perikatan Nasional (PN) took over in March 2020, Penang has not enjoyed a single benefit but instead seen its development projects previously approved by the Pakatan Harapan government, ruthlessly scrapped one after the other.

The billion ringgit loan guarantee for the Light Rail Transit (LRT) project was revoked followed by the RM100 million funding for the Penang cable car project in Penang Hill. Then there's the iconic Penang ferry service which was terminated on Dec 31, 2020.

The Penang Port Commission revealed that five of the iconic ferries will be given 10-year leases to be converted into a floating museum, two into restaurants and the remaining two for pleasure cruises. An additional sixth ferry was given to the Penang state government.

The question remains - if two of the ferries can be converted for pleasure cruises, why can’t Transport Minister Wee Ka Siong save the Penang ferry service by allowing at least four of the iconic ferries to continue operating to transport vehicles and passengers?

When I was finance minister, I had stipulated the condition that the iconic ferry service should be continued in exchange for granting a RM30 million cash grant to Penang Port Sdn Bhd (PPSB) to run the iconic ferries and catamarans. Finance Minister Tengku Zafrul Abdul Aziz in Parliament on Dec 17, 2020, confirmed that I had given the condition to PPSB in writing.

Unfortunately, this condition was overturned by Wee when he took over the Transport Ministry. Wee cannot claim that the five iconic Penang ferries will continue to be seen in our waters when they no longer function as ferry transport.

Converting the Penang ferry into a restaurant, floating museum, and pleasure cruises is just not the same. This detracts from the heritage value and historic nostalgia of continuing the iconic ferry service so beloved by Penangites as Malaysians.