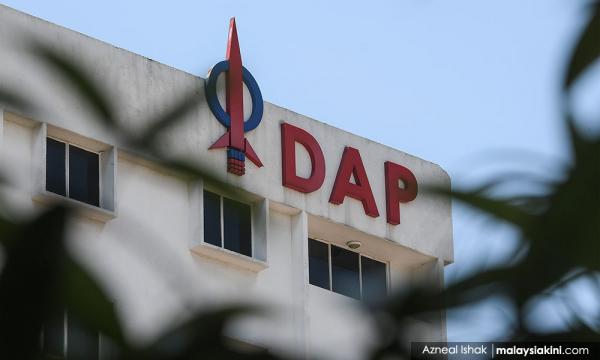 MP SPEAKS | DAP opponents are clapping their hands in glee as they see the party joining the chaos, division and disunity which had afflicted all major political parties for the last three years.

Until recently, the DAP has not only proved that it is the only major political party whose 42 MPs have remained intact, solid and united, spurning the “frog” culture, but the party as a whole had been purposive, disciplined and forward-looking, working for the best interests of the people and nation.

But recent days tell a very different story - DAP appears to be as chaotic, divided and disunited as the other major political parties.

This is a matter which must concern all DAP leaders, members and supporters who are serious about pursuing the Malaysian Dream of a united, progressive and prosperous world-class great Malaysian nation.

We are in politics, not for ourselves, but for the nation and for the sake of our children and children’s children.

Malaysia is in unchartered territory since May 9, 2018, as what happened in the 14th general election is historic and unprecedented. We not only underwent a peaceful and democratic transition of power first time in six decades, but we also ended hegemonic politics where one political party could lord over the others and exercise supreme political power while the other parties were just hangers-on totally dependent on the wants, whim and fancies of this one hegemonic political party.

We thought we had the people’s mandate for five years to fulfil the Pakatan Harapan’s GE14 promises contained in Buku Harapan, to rebuild the country with institutional reforms and change of laws to move away from the extreme, intolerant and narrow politics of race and religion of the previous era, where “Chinese Unite”, “Indians Unite”, “Kadazans Unite” and “Ibans Unite” to purportedly serve the overriding interests of “Malays Unite”, but where the interests of “Umno-putras” are perpetuated at the expense of all bumiputeras and Malaysians and to return to the initial Malaysian Dream as expressed by Bapa Malaysia, Tunku Abdul Rahman, to be “a beacon of light in a difficult and distracted world”.

We started work on restoring Malaysia as a world-class great nation, which is based on the nation-building principles of integration of the diverse races, languages, religions and cultures in Malaysia and not on assimilation, where there is a separation of powers, rule of law, respect for meritocracy, human rights and environmental sustainability – as laid down in the Malaysian Constitution and Rukun Negara.

We never expected the Harapan government to be toppled by the Sheraton Move conspiracy in 22 months, ushering in a backdoor, incompetent, undemocratic, illegitimate and kakistocratic government, setting back the fulfilment of the Malaysian Dream.

Malaysians have yet to find a sure footing in the new Malaysia of coalition politics where there is no one political party exercising political hegemony but based on interests of the diverse races, religions and cultures in Malaysia.

For instance, the 22-month of Harapan government was not fully in the “coalition politics” mould, as it maintained many of the characteristics of the “hegemonistic” politics of old.

This is also why there is the “Three Kingdom” phenomenon among Umno, PAS and Bersatu in government.

Umno does not want to be the No 2 party in government. It wants to have the prime minister from Umno.

But will Muhyiddin Yassin be successful in dividing Umno by roping in the support of the Umno ministers in the Perikatan Nasional government against the Umno “court cluster”?

There are those who say the Malaysian Dream is an impossible dream - that Malaysia has regressed too much in the last six decades, with many countries who were behind us overtaking us in development and world impact.

I do not think it is impossible to catch up and realise the Malaysian Dream although we are indeed fighting against time.

Provided we can unite all Malaysians, regardless of race, religion, status or region, in the pursuit of common national goals of justice, freedom, excellence and integrity, we can make up for the failures and shortfalls of the past.

We must get the Malays, Chinese, Indians, Kadazans, Ibans and Orang Asli to think “Malaysian first” although they will have multiple ethnic, religious, linguistic, cultural and regional identities. The important question is when is the “tipping point” for each ethnic group to think “Malaysian First”.

We must re-inspire, re-motivate, re-energise Malaysians in the pursuit of the Malaysian Dream to be a world-class great nation in the 15th general election - to implement the promises for a great Malaysian nation that we have not been able to fulfil after GE14.

DAP cannot continue to be seen as a chaotic, divided, disunited and undisciplined party if we want to re-inspire Malaysians in pursuit of the Malaysian Dream to be a world-class great nation.

We must set an example of confidence and hope for the future and be a beacon of light in the difficult and distracted “new politics” of Malaysia.

Let us therefore immediately project the image and fact that DAP is a united, cohesive, disciplined and forward-looking party.