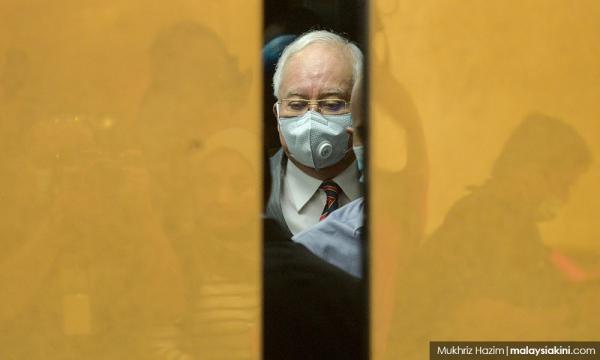 YOURSAY | ‘There’s nothing to forgive when he does not admit any wrongdoing.’

Where is the Islamic spirit of forgiveness, deputy minister asks Najib haters

Vijay47: For a minute there, MCA vice-president Ti Lian Ker, I thought your seclusion from the public eye was due to a lesson well learned from the lashing given to certain leading lawyers following their court antics and the coffee-stained laments of Her Royal Highness.

However, on reading your latest statement, I realise that you must have taken a sabbatical to pick up Islamic Studies which you seem dying to share with the ignorant.

However, in the process, you managed only to trip over your feet, shoot yourself in one, and reveal what a contemptible sycophant you actually are. Yet you seem unaware of your own pits into which you have willingly fallen.

You ask, “Where is the Islamic spirit of forgiveness?” I, too, would love to know the answer. I don’t recall a single Muslim leader speaking of the glorious virtues that Islam must surely have just like other religions.

All I have witnessed are frenzied warnings about non-Muslims and dire threats of severe punishment for anyone straying from the self-serving paths set by Muslim politicians. No local Muslim leader seems to mention love, charity, and the common values to be practised by all.

Or did I miss the richness of faith in the speeches by PAS president Abdul Hadi Awang, Religious Affairs Minister Idris Ahmad, and certain muftis? Has even one of them made any statement that deceased PAS president Nik Aziz Nik Mat or true Muslims would be proud of?

Forgive jailed former premier Najib Abdul Razak? But there is nothing to forgive when he himself does not admit any wrongdoing; on the contrary, he continues to challenge even the Federal Court.

It appears, Ti, that you are unable to realise that it is a greater sin to absolve a convicted criminal from the appropriate sentence passed on him. Going by your logic, every criminal must, in the spirit of forgiveness, be spared the punishment due to him.

Today, new rumours abound and soon it would be confirmed that prisons can be converted into residential havens for the select few. So, do we still forgive?

MalaysianMalaysian: "Taking to Twitter this morning, Ti, who is also an MCA vice-president, said he did not understand why there was so much hate against politicians."

Ti seems to be living in some alternate reality. He considers those convicted of crimes and are serving their sentences as cruel.

How come he has not made a squeak about "cruelty" when it has happened to the ordinary rakyat? He is part of the government, has he done anything about countless ordinary people who have died in custody or who have not had the money to get representation from the best lawyers money can buy?

Multi Racial: Ti's behaviour sums it all up when it comes to MCA's current state of affairs.

Firstly, both are completely ignorant about the magnitude of the 1MDB problems caused by Najib and his criminal associates. Secondly, both are out of touch with what the people on the ground want.

Thirdly, the question of hate does not arrive. It is all about guilty people should be punished with no exception and special treatment.

As far as Najib is concerned, he had committed the biggest crime against the people of Malaysia. He is now found guilty and he should pay the price for the crimes he committed.

If he has repented, then he should come out to apologise to Malaysians publicly, and then quietly serve his sentence without complaint and any attempt to undermine the nation’s authorities and laws.

Koel: The man is proven to have embezzled public money, is found guilty, shows no remorse, and is still trying to wangle the best deal in his situation. And you want people to forgive such an unremorseful villain?

Ti, have you acknowledged that your former party boss is a thief and a con artist? Forgiveness begins when remorse is shown and the culprit asks for forgiveness. Go get your values checked and find some conscience and integrity.

Gray Pigeon2115: Ti, you are the biggest hypocrite of the highest order. I don't believe a single word you say. To me, you are a total disgrace to the society, your community and to all Malaysians.

You probably can try to forgive someone when they are willing to repent and recognise their own wrongdoing and how the wrongdoing has impacted so many innocent lives.

It is not about hating Najib but the consequences he has to pay for his own wrongdoings so he can repent and be a better person.

But there is not even a single sign he has repented and you want to forgive a man like him?

Drngsc: Najib stole billions which we are still repaying. He is guilty. Who speaks for the poor who were denied food, education, and healthcare? Does he apologise to them?

He went around showing off that the law cannot touch him. That he is above the law. He is trying to use all manners of trickery to avoid punishment. He is not repentant at all.

He deserves this punishment. I truly hope that he is also found guilty in the other four cases. I hope that he stays in jail forever.