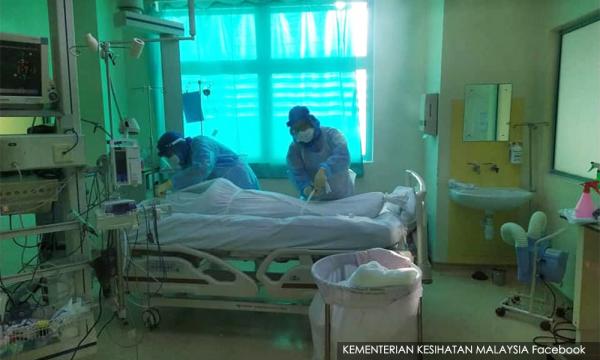 COVID-19 | The Health Ministry's Github data repository reported a total of 192 Covid-19 fatalities yesterday (Sept 30), bringing the national death toll to 26,335 - the worst in Asia in the number of deaths per capita.

The highest number of deaths was reported in Sarawak (40) which in recent days has seen record numbers of Covid-19 patients in intensive care.

Sarawak remains the only state in the country where Covid-19 hospital bed use was still on the uptrend over the past week.

According to the CovidNow website, new cases in Sarawak increased dramatically since August while sampling for Covid-19 in the state has dropped in September.

No new deaths were reported in Labuan and Putrajaya.

The remaining deaths happened more than a week ago but were only recorded yesterday due to delays in data reporting.

Another 24 (3.1 percent) were from clusters linked to high-risk groups such as old folks homes.

Previously, the Health Ministry released deaths statistics together with the number of new Covid-19 cases in the evening.

Deaths statistics are now released after midnight along with other more detailed data.