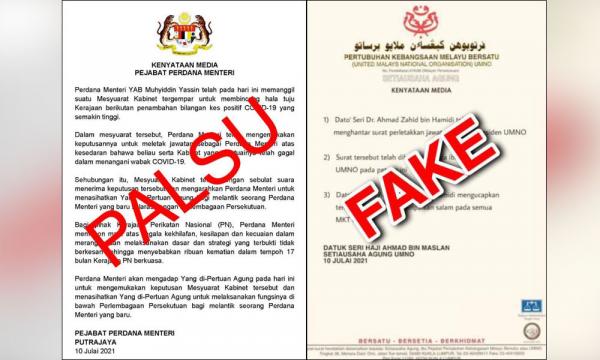 The fake statement about Muhyiddin resigning claimed that the prime minister was stepping down as the government had failed to contain the Covid-19 pandemic. His office denied that he was quitting.