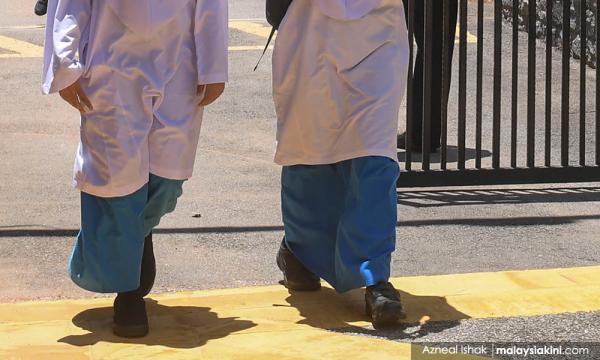 Girls in multiple schools in Malaysia have to undergo “period spot checks” where they are told to physically prove they are on their period through means which violate privacy, according to current students and those who left school up to 20 years ago.

The measures include showing their blood-soaked sanitary pads, doing swabs of their vagina with either cotton buds, tissues, or their fingers, or having a teacher, warden or school prefect pat them down at the groin to feel if they are wearing a sanitary pad, they said.

Over a dozen individuals reached out to Malaysiakini in less than 24 hours after a call for stories was made. They recalled how the behaviour towards menstruation at boarding schools was “shameful” but was accepted as “normal practice”.

Many of the girls were from boarding schools but this was also said to be a practice at day schools and Islamic private schools, Malaysiakini was told.

They narrated how their years of growing up from young girls to teenagers, marked by the start of menstruation, became a source of trauma and shame that still haunts them to this day.

A key trigger was the practice of teachers or seniors demanding “proof of menstruation” from girls who did not join daily congregational prayers which are commonly held in residential or religious-based schools.

In Islam, women or girls who are menstruating do not perform ritual prayers.

The ingrained belief that such practices should be accepted often prevented the girls from telling their mothers or guardians, even when feeling violated...