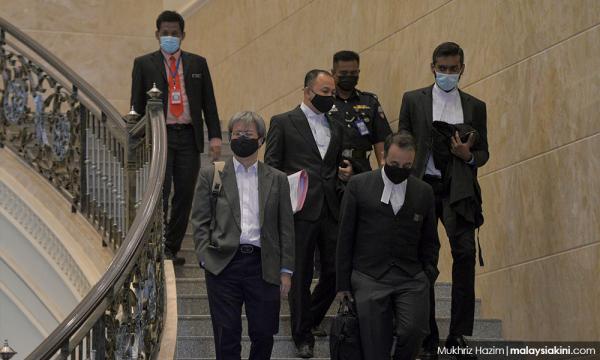 Editor's Note: We are suspending the donation campaign. We have reached our target. Thank you! Any excess will be donated to a worthy cause. Details soon.

Malaysiakini is reaching out to the public to help it raise RM500,000 after the Federal Court convicted the news organisation of contempt of court.

The sum - which is more than the RM200,000 sought by the Attorney-General's Chambers - must be paid within three working days, by next Wednesday (Feb 24).

Contempt proceedings against Malaysiakini and its editor-in-chief Steven Gan were initiated by Attorney-General Idrus Harun over comments left by readers on the news website.

The 6-1 majority decision cannot be appealed. The Federal Court did not convict Gan.

On June 16 last year, fresh from assuming the position of attorney-general, Idrus applied for contempt proceedings against Malaysiakini and Gan.

Idrus argued that the two respondents had scandalised the court by facilitating five readers' comments on an article dated June 9 titled “CJ orders all courts to be fully operational from July 1.”

The five comments, argued Idrus, "clearly meant that the judiciary committed wrongdoings, is involved in corruption, does not uphold justice and compromised its integrity."

The comments, he said, threatened public confidence in the judiciary and were "clearly" aimed at tarnishing the administration of justice.

Malaysiakini's response to the court was that the prosecutors could not prove intent by the news organisation to publish the comments that scandalised the court.

Gan said Malaysiakini attracted readers from all walks of life - including members of the judicial system - who share the news organisation's goals of holding power to account.

"We hope that Malaysians will contribute to our fund. Openness to critical views is a sign of a strong and healthy institution.

"For 21 years, Malaysiakini has relied on the generosity of the public to continue its mission. We again call upon Malaysians to come to our aid," said Gan.

Editor's Note: We have suspended our donation campaign. Thank you! Details on how to contribute to the fund have been removed from this story.

Support pours in for Malaysiakini, concerns raised over press freedom

COMMENT | Is today the beginning of the real emergency?