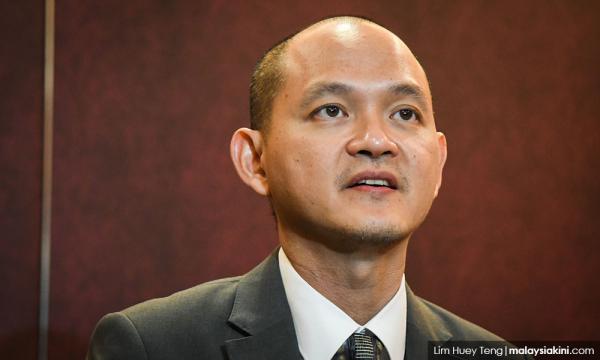 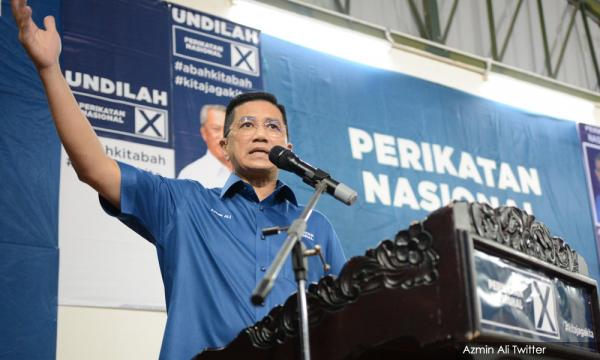 MP SPEAKS | Is Malaysia in danger of being the new 'sick man' of Southeast Asia?

MaLusia Forever: Malaysia is already the "sick man" of Asean. The income per capita (in US dollar) has been flatline for almost 10 years, while the rest of Asean goes up.

Malaysia can't add value to its economy, like South Korea or Singapore; and can't compete in terms of labour cost with Indonesia or Vietnam.

It hasn't done anything significant to improve education standards to be at par with the best (see Malaysia's Programme for International Student Assessment [Pisa] rankings) - a prerequisite to moving up to developed nation status. So, businesses compete on being "cheap" by importing foreign labour.

Malaysia is stuck in the classic "middle-income trap". And policymakers/politicians cannot be bothered to offer any long-term solution because these solutions will be too detrimental to their current short-term positions.

A good indicator to look at is the ringgit versus the rest of the currencies in Asean. The ringgit has depreciated against almost all our neighbours’ currencies over the past 10 years - Thai baht, Singapore dollar, the Filipino peso and Vietnam dong.

And I suspect it will continue to do so for the next 10 years if it continues on the same "auto-pilot" path. Malaysia, truly "tak boleh"!

Dr Raman: Bangi MP Ong Kian Ming, I respect you. You are one of the intelligent writers, especially on substantive issues, rather than the sick political rhetoric spewed by most of your political comrades.

But I see you actually missed the forest for the trees in this article. What you have described is what everyone knows or has said before, of course with a political slant.

Have you not seen the full-page advertorial splashed in mainstream media by your former boss, the super-intelligent Senior Minister Azmin Ali, the saviour of this country in this sickly and dying times?

Look at the top five exports and imports. These are electronic equipment, petroleum, palm oil, rubber products, etc. What does that tell you? We are just a low-cost manufacturing base or a commodities producer. You don't see the dire implication of this?

And your former boss is so proud of it, rebutting all you said here. I thought as a former deputy minister in the Ministry of International Trade and Industry (Miti), this should have alarmed you. This is the 2020s, not 1970s.

Philmond: Thank you for stating the obvious facts, Ong.

What I would like from all you Pakatan Harapan politicians is to start coming out with an alternative narrative on how to run the country.

Start by getting opposition leader Anwar Ibrahim to form a shadow cabinet. You can be the shadow Miti minister.

The other thing you can start doing is to identify the right candidates for the seats you plan to contest and put these candidates on the ground now to start working for the people and not only when the elections are called.

You have enough resources to crunch the numbers. Focus your finite resources on protecting your safe seats and work the grey seats too.

And finally, please work together as a grand coalition, minus former prime minister Dr Mahathir Mohamad, who is untrustworthy. Include the likes of Parti Sosialis Malaysia (PSM) too, as well as NGOs with like-minded ideals.

Enlightened Globalist: The years of mismanagement and policies have come home to roost. The reasons why we have become the 'sick man of Asia' include;

1. Dependency syndrome and lack of meritocracy, due to prolongation of the New Economic Policy (NEP) beyond its shelf life, have had a serious effect on our competitiveness.

2. Brain drain of hundreds of thousands of highly educated and skilled Chinese and Indians due to perceived discrimination and the Malay supremacy ideology. And the brain drain of liberal Malays due to increasing Islamisation. They are a smaller number but still significant. In many instances, capital drain follows brain drain.

3. Emphasis on quantity over quality in the education system, resulting in a mismatch between graduates and jobs. A common complaint of employers - there just isn't enough skilled labour.

4. Falling proficiency in the English language has allowed our neighbours to catch up. This was an advantage in the first few decades after independence, but we have lost it.

5. Rent-seeking economy where well-connected individuals are given plum monopolies in major industries. This increases the cost of services.

7. Lack of discipline and motivation in the local labour force, compared to Vietnam, South Korea, etc. This is due to poor education and dependency syndrome.

8. Over-dependence on foreign labour, resulting in suppression of local wages. We have probably the highest of foreign-to-local labour ratio in the world. Sadly, foreign workers are more eager to learn and are becoming skilled in many disciplines, while Malaysians are flocking to low-wage delivery services and as staff in fast-food outlets.

9. Too much emphasis on religion in schools at the expense of Stem (science, technology, engineering, and mathematics). Our Pisa scores for science and maths are among the lowest in the region.

10. Hundreds of opaque quasi-government entities at federal and state levels, many of these are heavily in debt. It’s debatable whether these entities are serving any purpose, and it’s politically difficult to shutter these units.

11. Failure to save for a rainy day. We could have started an oil wealth sovereign fund like Norway and UAE to help us through any crisis, like what we are facing now. Instead, billions were wasted on white elephant projects. Now the oil fields are almost dry.

13. Finally, corruption at every level of society has increased the cost of doing business. Like cancer, it has metastasised everywhere. Tens of billions of ringgit are lost, which could have been spent to build hospitals, schools, infrastructure, etc, and also help pare down our debts.

We were on the correct footing in the first few decades after independence (under Tunku Abdul Rahman and Hussein Onn), but the advent of Mahathir, Najib Abdul Razak and others changed everything.

Instead of being the 'tiger of Asia', we have become 'the sick man of Asia', like Greece - a sort of a repeat of the Greek Tragedy.

No Fear Nor Favour: Indeed, we will be like rats scavenging for crumbs in due course. It’s scary to think about it.

Kwong: This is what Ong wrote. He said it, not me.

"Just as he was inept at managing his portfolio when he was the minister of economic affairs (MEA) in the Pakatan Harapan government, he is proving himself equally (if not more) inept in his current responsibility as Miti minister."

As for Malaysia during Harapan's time:

1. Petronas got downgraded twice after Harapan took RM84 billion in dividends in that short span.

2. Before the Harapan government collapsed, our debt ratio went up from 48.7 percent to 54.4 percent due to excessive borrowing of RM140 billion during that short span as a result of increasing budget deficits compared to Najib Abdul Razak's days.

3. Our gross domestic product growth fell to the lowest in 10 years in 2019, before Covid-19 hit. As were the Employees Provident Fund dividend, Tabung Haji dividend, ASB dividend, etc.

4. Our share market became the worst in the world before Covid-19.

6. Our foreign direct investment (FDI) also fell in 2018 compared to 2017. But Harapan said it went slightly higher (but still below 2017) in 2019 but upon closer examination, it included the sales of shares of IHH Berhad (RM8.2 billion) and Sapura Upstream (RM4.1 billion) to foreigners. Without these two sales, FDI in 2019 would have collapsed 40 percent compared to 2018. How is it possible that the sale of shares in existing businesses can be classified as FDI when zero new jobs would be created?

Go ask the man in the street if the economy became better or worse after GE14.

YellowTiger1314: I'm the man on the streets. The economy didn't become better but it didn't get worse either. The problem now is we got downgraded as a whole country by Fitch, not the downgrade of just one company. Your economic analysis, which is one-sided, written by the 'Bossku' has no weight now.

Since this government is almighty, why don't we get better or even maintain it? You can write all those numbers to compare to make people think you know something. But doesn't mean getting good FDI rates and having good returns on Tabung Haji or EPF means that the country is doing well.

The corruption index was bad during BN time, and it was better during Harapan's time. Now we slip back to being bad again when those with BN's DNA are still running this country's executive.

Bewise: @Dr Raman. You are asking the wrong person regarding Harapan's failure. Why not ask the old man why he didn't choose qualified people to run the show?

Who in your mind should be more qualified for the job?

1) Darrell Leiking (lawyer), Azmin or Ong in terms of economics?

When Teoh tried to speak up, didn't she get into trouble? Do deputies have any say?

The only affable person who accepted his deputy was then defence minister Mohamad Sabu. He was willing to listen to his deputy, and gave him a free hand. Likewise, for Hannah Yeoh's boss.

So don't always go after DAP. Go after the old man who was even capable of asking former attorney-general Tommy Thomas to resign. He was the boss. The DAP is only able to speak up now as they need no longer toe the line.

They did what they could within their means under an oppressive leader. Ask Ong again when DAP is given a free hand to run the show. Do not expect a miracle in two years to rectify more than 60 years of destruction!

NileFlows: @Bewise, do you mean if DAP comes back to power, they suddenly have a free hand to run the country?

Politics everywhere is about compromises, and playing the hand you are dealt with. DAP, by hiding behind the 'oppressive leader', didn't do much, or maybe didn't dare do much.

So next they're going to come back to power with PKR (Anwar) or Umno, etc. Do you mean they will then suddenly have a free hand at running the country? Surely that isn't going to happen.

The first thing DAP should do now is to make Malays more trustful of the party. You have won over many urban Malays and definitely the Bangsar Malays. Now it is time to go to the rural areas.

If you look at PAS - they started with rural Malays. Today, I hate to say this, more urban/educated Malays are behind them.

Read more from this author
Yoursay
Read more like this :
#yoursay
View Comments