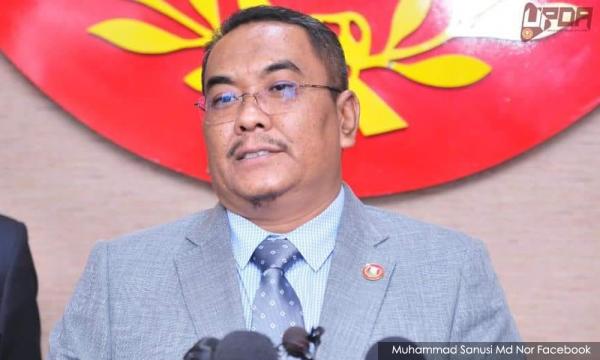 Kedah MB: PAS does not need MIC support to do well

Iphonezours: Kedah Menteri Besar Muhammad Sanusi Md Nor may be arrogant but in reality what he says is correct.

MIC and MCA are irrelevant to the Indians and Chinese, despite MIC doing a bit better than MCA in GE14. Just like the Chinese, the Indians too have lost faith with MIC, all due to their incompetency and also by being a part of the larger picture of Umno-BN’s corruption in Malaysia.

Now with both MIC and MCA sleeping with PAS and the backdoor traitors to form the Perikatan Nasional (PN) government, don’t be surprised if the people will even punish them further to the extent that both parties may not even have any representation in Parliament in the next general election.

But more importantly, we have seen how damaging PAS can be to both Muslims and non-Muslims with their insensitive statements in Parliament about Christianity, trying to control how people dress, women’s rights, and in this issue on Thaipusam.

Malaysians, be it Malays, Chinese, Indians, Sabahans and Sarawakians - PAS is a real threat to multiracial and multi-religious Malaysia. We must never vote for PAS or any other parties that associate with them.

BusinessFirst: Indeed, what Sanusi says is both true and troubling. The fact is that PAS, by playing the race and religion card, really does not need the Indian votes to survive.

In fact, due to their small population size and the way seats are allocated, the Indian political influence in elections will not affect the seats that PAS contests in.

What is also troubling is that this is a foretaste of Malaysia when extremists like PAS get into power. You can expect that the non-Malay Muslims will also be sidelined.

Democracy without the anchor of the rule of law and the Constitution simply means tyranny by the majority over the minority. No clearer example can be found than Nazi Germany where the majority persecuted the minorities, especially the Jews.

New Year: MIC deserves to be humiliated. Even in BN, it was mistreated and that is why, from a coalition partner in the early years, it had ended up as a footstool. Even PAS, who was not one of the partners that was involved in the independence dialogue or agreement, is given more respect now.

MIC will still be a part of the coalition even after being humiliated because, to the leaders, the positions they hold are more sacred to them than the mandate given to them by Indian voters.

As far as PAS is concerned, it has lost respect not only among the non-Malays in the peninsula but also among those in Sabah and Sarawak.

A vote for BN means a vote for PAS. Even in the Bagan Datuk parliamentary constituency where Umno president Ahmad Zahid Hamidi is standing. Is this another attempt to kill his political future? Indians made up 22% of voters in his constituency in the last general election.

And there are seats even when Indians make 10 percent of the electorate, it can mean the difference between winning and losing.

But why should PAS care? They will be concentrating on their four main states of Kelantan, Terengganu, Kedah, and Perlis. They have nothing to lose. Not for Umno and Bersatu, though.

The PAS of today, under Abdul Hadi Awang, is not the same as the one under the late Tok Guru Nik Abdul Aziz Nik Mat. Positions and wealth have made them arrogant.

Gerard Lourdesamy: Sanusi is the menteri besar in Kedah because he has the support of six assemblypersons from Bersatu, of whom two are defectors from PKR and two Aduns from Umno.

In GE15, without a seat-sharing deal with Umno, Bersatu will be finished in Kedah and Umno will be able to win more seats than PAS in the state to form the state government. This man is going to be out of office very soon.

Bewise: MIC does represent Indians in their own capacity. If you insult MIC, you insult Indians.

You might not need the Indian vote for places like Kelantan, but if your partner happens to be Umno or Bersatu - you will definitely cause them harm, especially Indians in their constituencies are sizeable enough to swing the results.

Freethinker: @Bewise, PAS forgets that PN had plenty of marginal seats with mixed races and even a two to three percent switch of votes will affect the outcome.

PAS formally declared Chinese and Indian votes are no longer needed. Voters, please remember that. GE15 is not too long away.

MoonMan54: PAS exists because Malaysians, both Muslims and non-Muslims, give relevance to them in all the states that they think they dominate. If voters had better choices, or at least reliable independent candidates, PAS would’ve been history by now.

At times like this, with so much uncertainty that exists in our political environment, successful independent candidates can make themselves valuable politicians and make formidable numbers, instead of political frogs.

I remember in one election, I voted for a PAS politician not because I liked them but because I had no better choice and did not want to waste my vote. I believe the ex-lord president Salleh Abas too supported PAS because he was left with little choice in his home state.

Purple Occa 8200: Since Prime Minister Muhyiddin Yassin is not interfering in this matter, MIC should leave the ruling coalition. Party president S Vigneswaran and party secretary M Saravanan, if you have pride and respect for yourselves and for the party, just get out of the PN coalition.

Otherwise, do not open your mouth to fight the Kedah menteri besar. Because this man is making both of you look small and stupid. At the same time, it also affects the Indians’ reputation.

VS: MIC is not recognised by PAS even if you are a coalition member. See the respect the Kedah MB gives you? Zero!

MIC is just a few politically-connected Indians looking for government support for their personal business activities. The Hindu Rights Action Force (Hindraf) was a more transparent and unifying party for all Indians like Umno was for the Malays and DAP for the Chinese.

To survive now, we have to be a racial party like Umno, unless the youths like Muda or DAP become more of a Malaysian party to eradicate race and religion-based parties. We should thank the 94-year-old man for doing this to us and leaving us a disunited nation.

Coward: This MB is behaving like a village bully. It's not about who has support or who is giving support. It's about the expectation that the post holder be inclusive, and to borrow US President Joe Biden's words, to be an MB for all, including those who did not vote for him.

Is picking petty fights all our MB wants to be remembered for? There are bigger, more important issues needing his attention, like how to protect Kedah from Covid-19.

Right now, I am expecting the MB to engage with the community, discussing how to safely celebrate Thaipusam and stressing the importance to adhere to the SOPs. Instead, we are all engaged in this issue of why Kedah cancelled the state holiday for Thaipusam.