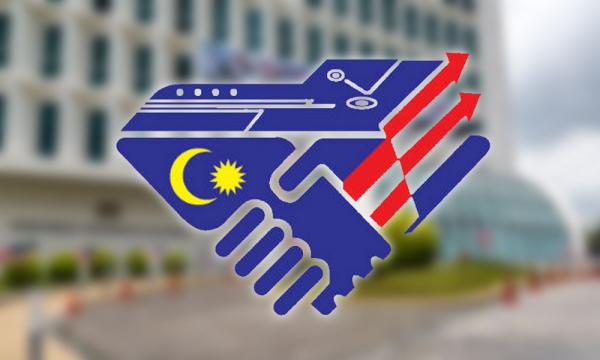 YOURSAY | ‘Puad, if DAP wants revenge against Umno, it wouldn’t have shut down Jasa.’

Jasa is political, no need to be apologetic, ex-Jasa head tells Saifuddin

Instead, Perikatan Nasional (PN) chooses to waste the money by giving it to a toxic, corrupted and useless government propaganda group Jasa (Special Affairs Department).

Jasa doesn't deserve a single cent from the taxpayers. People are suffering and these ‘corrupt’ politicians continue to suck us dry. This is another reason why the opposition must reject Budget 2021.

Heron: From the debate around this exorbitant award to Jasa, there is increasing suspicion that it is imprudent, wasteful and primarily influenced by political consideration to strengthen Bersatu.

And especially during the time when the Covid-19 pandemic is causing a debilitating impact on the livelihood and incomes of workers in the private sector.

Kim Quek: Just as the propaganda unit of Adolf Hitler was instrumental in propping the Nazi Party to power, the small power clique in Bersatu is planning to rapidly build up Jasa into a propaganda powerhouse to boost its minuscule grassroots support, thus ensuring the continuity of its current ruling status against challenger Umno.

There is no justification whatsoever to create a secretive propaganda unit with such an abundance of funds within the Ministry of Communications and Multimedia, which has more than adequate facilities to disseminate government information.

Pakatan Harapan should make no compromise. Either scrap Jasa or veto Budget 2021.

Myviews: "An agency to disseminate information"? What kind of baloney is that? Does the government not have an information department?

Goodness, no wonder the PN government has such a bloated cabinet. And along with it, a 1.5 million civil servant population to serve a country of 33 million citizens. This must be a world record, again for the wrong reason.

The operational expenditure itself is enough to grind the country to a halt. So, where to get money to carry out development projects?

Geram: “DAP closed Jasa as a retaliation because Jasa was the most active in responding to DAP's lies on social media," said Jasa former director-general Mohd Puad Zarkashi.

Puad, please tell us what DAP lies were during your time with Jasa? Write it down one by one so we the rakyat know. Jasa was closed down because there are too many people earning ‘gaji buta’ (blind salary) like you.

Wsoi: If DAP wanted to take revenge, they would not close Jasa down. They would have used Jasa against BN.

They did not, they choose to close Jasa for telling lies to our citizens.

FairMalaysian: Jasa's work under Puad - to allegedly defend thieves and robbers and divide the nation using race and religious rhetoric - was cut short.

Why DAP needed to fear Jasa at the time? After all, it still won handsomely even with all the onslaught of lies and fear-mongering. Didn't it bring down his boss?

Does that mean that the lies spewed by Jasa and Puad didn't work? It looks like it worked – it backfired. It was its own ghost. And it was a pure waste of government funds, and so bad that it had to be closed.

Come on, Puad - there is no way non-Malays are going to be influenced by the lies of Jasa.

With all the perks, positions and offer letters, Prime Minister Muhyiddin Yassin could not increase his miserable two-seat plus advantage. What makes you people think it could be achieved with lies from Jasa?

There was a time non-Malays had faith in BN. In fact, DAP was shunned then. So, find out what or who drove them away from Umno/BN instead of foolishly building sandcastles in the air.

BN is simply paying the price for its divisive politics and taking the non-Malays for a ride. Any lessons learnt? It doesn't look like, does it?

MokhtarAhmad: Stupid Puad. Just when you thought that he was championing the peoples' cause by cutting down on unnecessary spending and wastage, he comes up with his second statement which totally erases his sincerity.

Oriole: Puad, this is why the rakyat kicked you out in the last election. You are the servant of the people. The people work hard to pay their taxes. Their money is not for you to play with and to play your stupid political games.

In this pandemic, your advice is going to land your successors in a lot of trouble.

Jaycee: Indeed, is this a good use of money given the weak economic situation we are in right now? And one would think that this is a no brainer; money should be given to resuscitate small businesses.

Jetson: We have a Bersatu PM, working together hand in hand with a Bersatu finance minister giving allocations to the minister who is a Bersatu MP.

At the same time, the allocation for such a sum is defended by none other than a Bersatu member.

Kunta Kinte: Only the dictatorial governments need that many mouthpieces. The mainstream media is not enough, now they need Jasa.

I begin to see the justification of declaring emergency. It will save a lot of money on propaganda and campaigning cost.

Two Come Out: In the US, among the most serious divides is along racial lines.

Disproportionately, white Americans were willing to put an incompetent and immoral person back into office due to perceptions that their rights and place would be protected.

Sounds familiar to Malaysia, no?