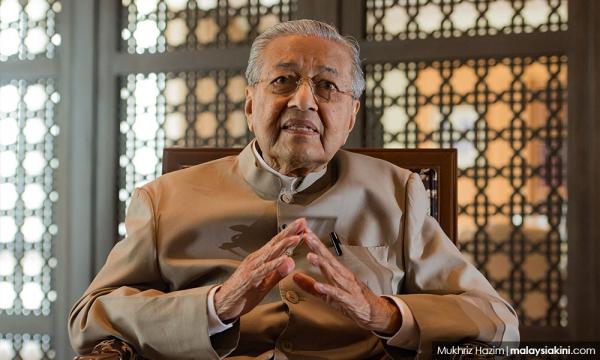 INTERVIEW | Last week, Dr Mahathir Mohamad was criticised for his pessimistic view on a new political party that his protege, Syed Saddiq Abdul Rahman is working to set up.

The former prime minister said then that he does not believe the multiracial all-youth party can be successful.

In an exclusive interview with Malaysiakini on Thursday, Mahathir clarified that he was referring to the new party's survivability in elections.

He said that the plan by Syed Saddiq would only further divide the support of voters, especially among the Malays.

"What I meant was the party cannot be successful politically. But between me and him (Saddiq), we do not have any problem.