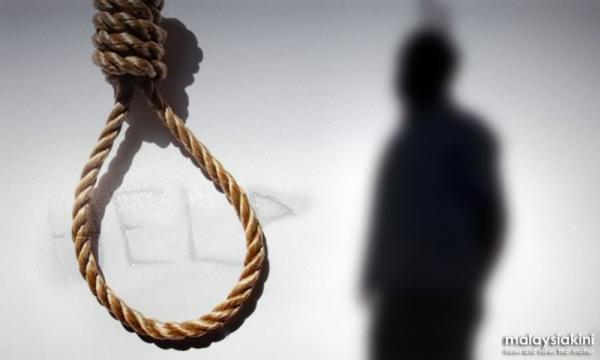 COMMENT | How long must we continue to beseech for the total repeal of or amendments to Section 309 of the Penal Code, which punishes those who survive a suicide attempt with up to a year in jail, a fine, or both.

Just last year, Parliament was informed that the Attorney-General’s Chambers was studying possible amendments to laws related to suicide.

Yet, this week, a Magistrate’s Court slapped an unemployed man who had attempted to commit suicide with a fine of RM3,000 - or three months’ jail should he fail to pay the fine.

Just two months ago, a 42-year-old man who attempted suicide by stabbing himself with fragments from a broken glass window was sentenced to one month in prison.

Malaysia remains one of the few countries in the world that continues to maintain archaic laws that made suicide attempts a criminal act. Singapore decriminalised suicide as of Jan 1 this year.

We, however, continue to drag our feet over this issue despite concerns expressed by the Malaysia law reform committee as well as leaders of mental health organisations and mental health experts in the country.

More than 90 percent of people attempting suicide suffer from major psychiatric illness such as clinical depression, bipolar disorder or a psychotic ailment and they should, therefore, be considered victims of their own psychiatric condition.

In case of doubt, a psychiatric examination prior to the court proceeding to convict a person under Section 309 should be the preferred course of action.

Section 342 of the Criminal Procedure Code allows the magistrate to order the charged person to be assessed for a period of one month at a designated psychiatric facility and await the submission of a report by the psychiatrist before the trial proceeds.

The magistrate may then sentence the person charged to time already served in the psychiatric ward and order that the psychiatric follow-up is complied with as it is appropriate. There would be no need for a prison term or a fine.

In this way, justice can be tempered with mercy.

If this unemployed man who attempted to jump to his death cannot pay his fine and is sent to prison, it is hoped that the director-general of the Prisons Department refers him to a psychiatric unit for assessment and treatment to prevent any suicide attempt while in prison.

Such a referral is provided for under Section 36 of the Prisons Act 1995.

Ultimately, justice must be tempered with mercy.

This discussion is not just about the decriminalisation of suicide.

Malaysia needs to widen its direction in mental health, beyond the scope of looking at it as a mere health issue.

A multi-sectoral approach, involving government agencies, the corporate sector, NGOs and the academia to come together to address mental health issues, which are increasingly becoming pertinent in the lives of all Malaysians and not just those with severe mental illness, is required.

Other than the occasional mention by the few usual champions of the cause, mental health issues are not prominently highlighted in Parliament.

One reason for this may be that there are no mental health content experts sitting in either house of Parliament.

In addition to the one seat in the Dewan Negara reserved for a representative of a physical disability organisation, the time has come for the political leadership to seriously consider nominating a representative from organisations representing the mental health sector to be an articulate voice in the legislature.

Better decision-making processes concerning mental health issues, in general, and an empathetic approach towards those afflicted with serious mental illness, in particular, will go a long way in creating a compassionate, inclusive and resilient society.

DR ANDREW MOHARAJ is the president of the Malaysian Mental Health Association and a Board Member of the World Federation for Mental Health.