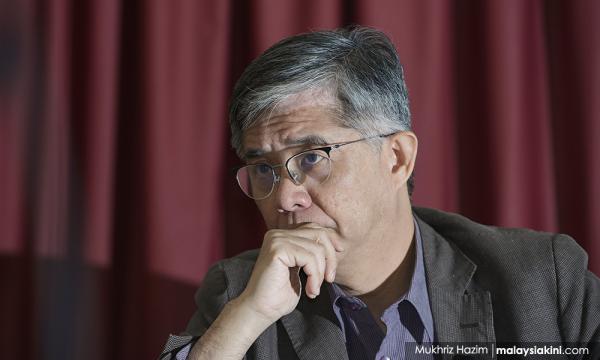 For about one week the nation has been in a state of extreme anxiety and uncertainty. We saw a clash of emotion, prejudices and personal ambition and the people are at a loss.

Despite the apparent chaos, it is commendable that all parties are one way or another trying their best to act within their capacity and limit of laws to resolve the present problems.

However, each side is hindered by their deep rooted suspicion of each other resulting in conditions such as: such and such party not wanting to cooperate with such party, or such individuals. These self-imposing restrictions prevent the emergence of any brave and ingenious solutions.

Of all the different conflicting claims and proposals, in my view the most pragmatic formula was the initial decision expressed by all parties to revert to incumbent Prime Minister Dr Mahathir Mohamad, so that he could ensure stability.

Judging from the statements issued by all parties, Mahathir received overwhelming and expressive support. He then proposed the concept of a national unity government as a new governing platform to accommodate different needs and demands.

The unity government formula was not original and it has been practiced in many countries in times of crisis.

This proposal might be unfamiliar to the Malaysian public. It may not be the most ideal way out but it would be the quickest way to end this stalemate with the least risks.

This is not about giving Mahathir an extension of his political legacy.

The situation reflects the failure of all political parties to produce a new generation of capable leaders who could take up a collective leadership to prioritise the responsibility of nation building.

Presently we lack leaders who command sufficient trust and respect to lead the country out for this fluid and messy situation.

In my view, members of parliament should have given a solid mandate to Dr Mahathir to return to the helm of the government after the collapse.

This would enable him to gather ‘all political parties and forces to negotiate and reach a new consensus on the way forward’.

Unfortunately, all parties adopted a hardline position, refusing to compromise and to seek common ground.

Now I believe that the opportunity to dialogue and reach a new national consensus is gone. It is regrettable that the parties have decided to forgo dialogue and reconciliation, and have instead opted for rivalry and conflict.

Some people are inclined to single out a few rebel MPs from PKR as the cause of the entire problem. This simplistic blame exercise is rather naive and unhelpful to resolve the impasse.

Azmin Ali and others were my party comrades and they have to make decisions based on the circumstances at the time.

The oversimplification of a complex situation with many players and parties involved and the intensifying lambasting and thrashing of our former party colleagues as traitors may feel good – as any scapegoat will do – but it will change nothing except for exposing one’s insecurity.

Instead of an emotional blame-game depending on whose camp players and their followers ‘believe’ in, we currently need leadership with clear and rational minds.

Let’s reflect on the steps and tactics adopted by our leadership since the 14th general election victory.

Now that we are in this state of confusion, we should examine what is at stake rather than releasing frustration by attacking friends or foes.

With the Ruler calling for the final round of determination it seems that the dust could finally settle very soon.

I appeal to the party leadership to stop witch-hunting and rather focus on working out solutions to conclude this pandemonium.

No matter who will be the eventual winner for the race, I hope this episode will be the last of the unproductive political squabbles for the present term of Parliament.

All sides must accept the result and end all feuds and clashes so that we can concentrate on the real work of reconstructing this country. What happened over the last week may be a reboot to start afresh.