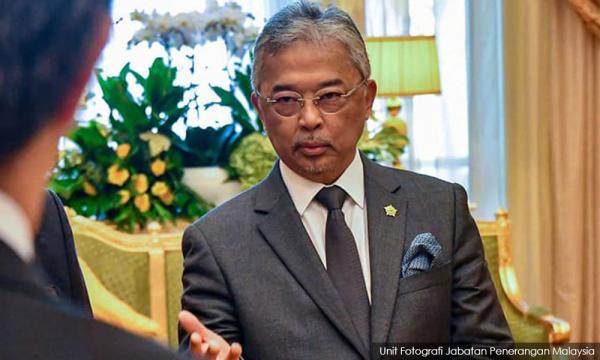 KINIGUIDE | For the first time in history, virtually every member of Dewan Rakyat (MP) are being subjected to interviews by the Yang di-Pertuan Agong today and tomorrow.

This instalment of KiniGuide will attempt to answer some questions regarding the role that the Agong has to play in this situation.

What is the Agong's role in the appointment of the prime minister?

According to Article 43(2)(a), the Agong shall appoint an MP whom his majesty believe command the majority support of his peers as prime minister to preside over cabinet.

How is the Agong currently performing this function?

The Agong has requested all MPs to meet him in person. Checks with MPs revealed that there was no standardised method employed to establish who has majority support.

Some MPs claim they were asked to fill up a form. Others said they had to make statutory declarations. Some claim it was multiple choice.

What is certain was that the chief secretary of the government was present during the interviews.

Is an "interim" prime minister provided by law?

No. The term "interim" was an added emphasis in the chief secretary to the government's statement yesterday on the impermanence of Mahathir's tenure.

However, the attorney-general is of the opinion that there is no set expiry of Mahathir's tenure unless it expires naturally at the end of his term or it is proven that he has lost the confidence of the majority.

What kind of powers does the "interim" prime minister have?

Full powers. According to the attorney-general, Mahathir can form a cabinet if he pleases.

This is unlikely to happen until the Agong's interview process is over and a viable coalition or unity government can be formed.

Can Dr M have the "interim" title dropped?

Of course. It has no force of law.

What can the Agong do when there is no prime minister?

According to Article 43(4), if no one commands the support of the majority, the Yang di-Pertuan Agong can dissolve Parliament, paving way for a snap election.

While no side has clear majority, will Mahathir form minority gov't?

Malacca Harapan confirms it no longer controls the state assembly