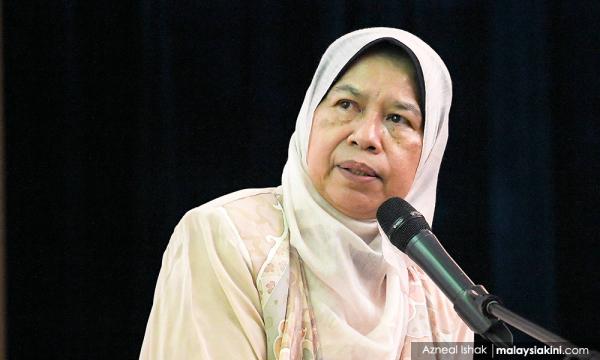 Zuraida: I'm not involved in signing of SD

Parti Keadilan Rakyat (PKR) vice-president Zuraida Kamaruddin said today she had nothing to do with the action of a group of MPs who had allegedly signed a statutory declaration (SD) to support Dr Mahathir Mohamad as prime minister until the current term ends.

“I'm not certain about the authenticity of the news. I don't know about the SD, only Allah (SWT) knows. I'm not involved in the (signing of) SD," Zuraida, who is on leave from her vice-president post pending an investigation by the party’s disciplinary board, told reporters after opening the Siti Sarah market in Selising here.

Today, a news portal reported that 138 MPs have signed an SD calling for Mahathir to serve a full term as prime minister.

It said those involved included 18 from PAS, 26 from PKR, at least 13 of the 39 UMNO MPs and 26 from Parti Pribumi Bersatu Malaysia (Bersatu).