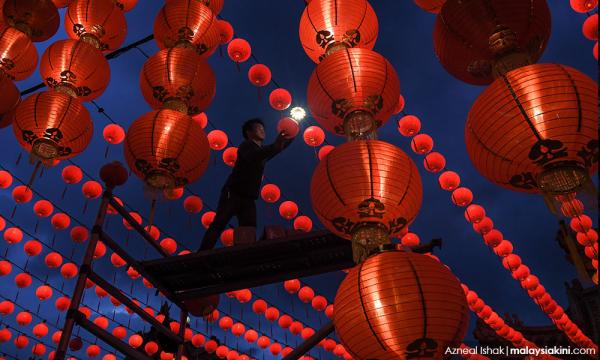 M'sia must preserve, promote her diversity and colours

MP SPEAKS | Tonight’s lighting up of Kangkar Pulai for the Chinese New Year highlights the vitalities of Malaysia and we must preserve and promote Malaysia’s diversity and colours as a multi-racial, multi-lingual, multi-cultural and multi-religious nation as the alternative is a failed state which will not benefit anyone in Malaysia.

Malaysia has recently become a very polarised nation because the extremists in our society have been allowed to exploit race and religion to poison the Malaysian national life, so much so that what had been accepted as part of Malaysian life has been distorted and painted as a grave threat to different communities and religious faiths.

In fact, we have reached a stage where there are Malaysians who pride themselves as racists, something which is completely unacceptable in the past five decades.

We seem to be retrogressing in nation-building. Why are we going backwards?

There are several reasons, but one important reason is that for the past decade, Malaysians seem to have forgotten the basic national documents which formed the basis of Malaysian nation-building, be it the Federal Constitution or the Rukunegara.

Let us remember the warning of the Irish poet, WB Yeats that “Things fall apart; the centre cannot hold; Mere anarchy is loosed upon the world” that we must ensure that the majority of Malaysians who occupy the middle ground do not fall victim to the extremists of both ends of the spectrum to tear the country asunder.

There is an urgent need for all Malaysians to be reminded of Rukunegara, of the national commitment to:

To achieve these national objectives, we pledged to uphold the five Rukunegara principles of:

If we had kept loyal and consistent to these five Rukunegara principles, we would not have suffered the agony, infamy, ignominy and iniquity of being regarded by the world in the past decade as a global kleptocracy.

If we had been loyal and consistent with these Rukunegara objectives and principles, we would have become a more progressive, successful and united nation than we are today.

Malaysians are Malays, Chinese, Indians, Kadazans and Ibans who have come out of their own universes to interact with other communities; to learn, appreciate and accept that Malaysia is not to be identified with any one community but with all the different communities who have made the land their mother country.

Nobody will feel proud of being a 100 percent racist for it will be going against the Rukunegara and everyone will try to be a Malaysian.

This is what the Malaysian constitution and the Rukunegara seek to build and whatever the setbacks and vicissitudes, we must not forget or abandon them, but return to them for sustenance, hope and inspiration to build a united, just, equal and democratic Malaysia.

LIM KIT SIANG is MP for Iskandar Puteri. The above is his speech at a Chinese New Year lightings event at Kangkar Pulai on Sunday, Jan 19.