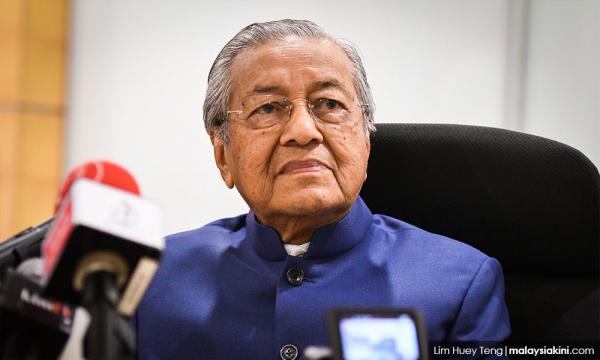 As the head of government, Dr Mahathir Mohamad must take responsibility for Pakatan Harapan's defeat in five by-elections, including Kimanis in Sabah over the weekend, said a DAP lawmaker.

Commenting on the erosion of support for the coalition and the warning that it could be a one-term government, Ramkarpal Singh said the prime minister's statement that he is willing to work with former foes also does not bode well for Harapan.

“The PM's confirmation that he is open to working with anyone, as long as it is not former PM Najib Abdul Razak implies that Harapan may work with the likes of Umno and others which were convincingly voted out in GE14.

“This certainly does not inspire confidence in Harapan's commitment to real reforms, the platform on which, it achieved the impossible in GE14 by defeating BN after 61 years in power,” he added in a statement this afternoon.

Yesterday, Mahathir said he held no grudges and cited how he chose to work with DAP veteran Lim Kit Siang for the good of the nation.

The premier was responding to a news report which claimed that his supporters were seeking to co-opt PAS.

Although he laughed when the question was posed to him, Mahathir said: “Do you know I worked with Najib before? But I now can work with Lim Kit Siang.”

“See, I don't hold it (grudges) against him (Kit Siang). If we can do something that is good, I will work with him. But Najib, I don't think he can do anything good because he broke the law [...] I think he will have to pay a high price for stealing government money,” he added.

Meanwhile, Ramkarpal (photo) said while he agreed that infighting in Harapan must cease, other issues must be addressed as well such as the transition of power.

The Bukit Gelugor MP argued that a clear timeframe must be outlined for Mahathir to pass the baton to PKR president Anwar Ibrahim.

“Like it or not, this issue has created tension in Harapan and can be destructive if not dealt with urgently,” he added.

Ramkarpal also referred to former Bersih chairperson Ambiga Sreenevasan's statement that Mahathir might be the sole Harapan leader to have read the Institutional Reform Committee (IRC) report, of which she is a member.

Describing this as a serious concern, he said: “The IRC was set up soon after GE14, comprising eminent members for the purpose of identifying areas which need major reforms and for proposing ways to achieve such reforms.”

“Surely, the said report of the IRC is crucial to Harapan's reform agenda and ought to have been made public a long time ago. It is baffling why it has not,” he added.

Ramkarpal warned that Harapan could ill-afford further erosion of support and emphasised on the need for political will to implement the promised reforms and tackle the deteriorating race relations in the nation.

“If we start doing so now, I am confident that Harapan will not be a one-term government,” he added.