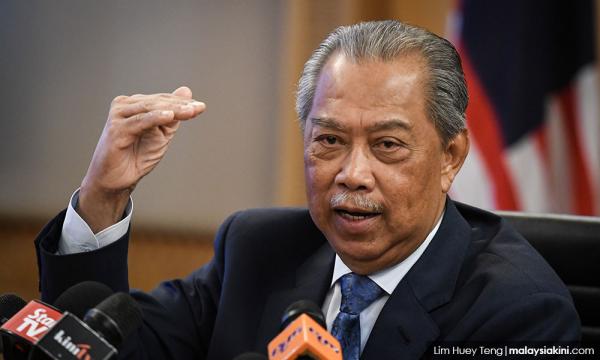 The Royal Commission of Inquiry (RCI) report on the discovery of temporary transit camps and mass graves in Wang Kelian, Perlis will be tabled to the Cabinet next week, Home Minister Muhyiddin Yassin said.

He said the RCI report has already been presented to the Yang di-Pertuan Agong Al-Sultan Abdullah Ri’ayatuddin Al-Mustafa Billah Shah and submitted to the Home Ministry for Cabinet tabling.

"If the Cabinet is in agreement we will allow it to be made public," he told reporters on the development of the RCI report after attending the ministry’s monthly assembly here today.

The RCI, which was established after obtaining the consent of the Acting Yang di-Pertuan Agong Sultan Nazrin Muizzuddin Shah on Jan 29 last year, lasted for 17 days from April 17 to June 18.

A total of 48 witnesses testified including former Inspector-General of Police Khalid Abu Bakar.

It was held following the discovery of 139 grave sites and 28 abandoned human at the top of Bukit Wang Burma in Wang Kelian, at the Malaysia-Thailand border.

Among other things, the RCI was conducted to examine all documents and evidence related to the discovery of the transit camps and graves at Wang Kelian. - Bernama