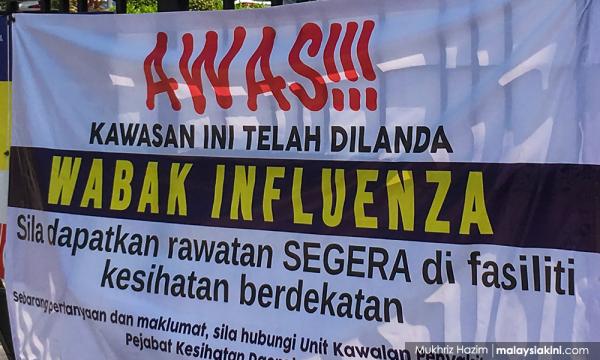 Negri Sembilan became the latest state to record Influenza A or H1N1 cases with 11 students being infected by the virus today.

“Of the total, 10 students were given outpatient treatment and one student was warded for supervision. However, the student has been discharged,” he said.

Veerapan said the situation in Negri was under control with no deaths reported and no schools had been closed.

In Penang, the number of infected students increased to 142 involving 70 schools compared with 103 from 52 schools yesterday.

“Six primary school pupils and two secondary school students are being treated at a hospital while others have been put under home quarantine. All of them are reported to be in stable condition,” he said.

In Perak, 37 students have been diagnosed with the disease, an increase from 28 students involving 20 schools recorded yesterday.

In Pahang, the number of students diagnosed with influenza since Jan 7 remained at 10 involving 10 primary schools.

“Three victims are still being treated at the hospital, two have been directed to be quarantined while five others have been discharged.

“So far, no schools were closed,” he said, adding that Kuantan recorded the highest number of victims with five cases followed by Cameron Highlands (two cases) and one each in Jerantut, Bentong and Raub. — Bernama