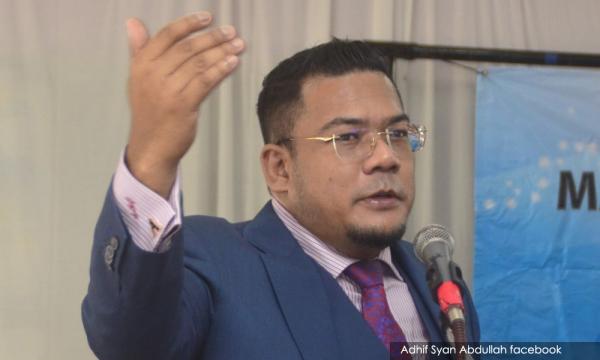 Politicians caught in drug bust, and 9 news from yesterday

1. Several politicians and their officers were among those caught in a drug raid, including a Youth and Sports Ministry officer who has been suspended, and a staff member at the Bersatu party headquarters.

2. Dengkil assemblyperson Adhif Syan Abdullah (above) initially denied he was among those caught in the raid, but later said he was caught at “the wrong place at the wrong time” and that he had not done anything wrong.

3. MACC chief commissioner Latheefa Koya claimed that there is an ongoing criminal conspiracy to tarnish her reputation in response to the disclosure of former prime minister Najib Abdul Razak’s recorded phone calls.

4. Police are investigating Najib’s wiretapped phone calls from three angles, including disclosure of information regarding an official investigation, and wrongful communication of an official secret. Najib, meanwhile, is citing the MACC for contempt of court.

6. Inspector-General of Police Abdul Hamid Bador admitted that he had failed to bring the fugitive Jho Low back to Malaysia to face justice, but said he won’t give up.

7. The Electoral Reform Committee has handed over its interim report to Prime Minister Dr Mahathir Mohamad, with a full report to follow in August. A backbencher wants the report to be made public.

8. Psychiatrist Dr Gurdeep Singh, who was accused of sexual harassment against his former client, has been granted a discharge not amounting to acquittal after the prosecutor did not bring the case’s investigations papers to the court.

9. A director of the board of Yayasan Pengurusan Ilmu, Abdul Rahman Mohamed Shariff, has claimed trial to three counts of criminal breach of trust, including abusing funds to buy cigars and ovens.

10. KiniTV’s “Kini News” daily news segment has been aired for the first time on Astro’s Channel 501, as part of a content-sharing agreement. Titled "Kini News", the KiniTV segment will be aired on Astro Awani every weeknight at 9.45pm.