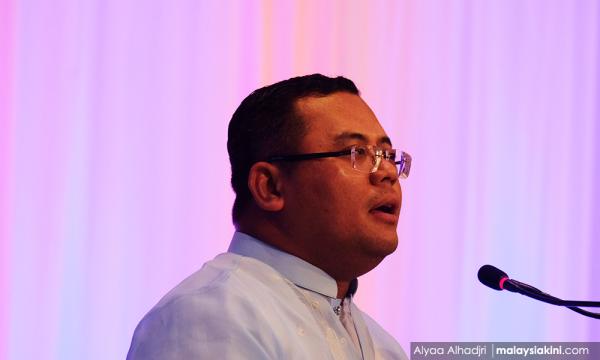 Selangor yet to decide on new water tariff rates - Amirudin

The new water tariff rates in Selangor has yet to be decided as the state government is still waiting for feedback from the federal government, said Selangor Menteri Besar Amirudin Shari.

He said the Selangor government could not act "alone" on the issue as any changes or adjustment on the water tariff rates would be made by the federal government, which would also involve other states.

However, he said, among the key aspects of the negotiations that should be focused on were to ensure sustainable water supply and the ability of the companies involved in maintaining the facilities.

“Discussions (on new water tariff rates) have been going on for years. Whether it is now the time (to announce the new rates) or otherwise, we are in the midst of reaching that decision and will announce it in the future,” he told reporters after attending the Selangor government departments’ monthly assembly today.

He said since taking over the state administration almost two years ago, various studies on water tariff adjustments have been conducted, covering all aspects including the implementation of the existing free water programme.

“The best way (in determining new water rates) is when the profits of Air Selangor Sdn Bhd (Air Selangor) can be returned to the people through the state’s free water programme. Currently, 50 percent (of the cost of providing free water) are borne by the state government while another 50 percent come from the revenue (profit) of Air Selangor.

Meanwhile, commenting on the Selangor government’s proposal to take over the operations of the Indah Water Consortium Berhad (IWK) to prevent the recurrence of contaminated water supply as a result of pollution, Amirudin said he would continue the discussions on the issue with the relevant parties.

“The output from the IWK (plants) directly affects the quality of water at the treatment plant. So, when there are no guarantees (that pollution can be prevented), it is best to take care of it ourselves so that we can determine the quality of the water,” he said.

On Dec 24, Amirudin was reported to have said Air Selangor offered to jointly manage the IWK plants in an effort to coordinate standard operating procedures between the two agencies of mutual interest, following an odour pollution incident in Sungai Semenyih on Dec 21, which had affected 328,957 user accounts in Petaling, Hulu Langat, Kuala Langat and Sepang.

However, on Dec 26, Water, Land and Natural Resources Minister Xavier Jayakumar was reported to have said that the IWK sewage plant operations would not be handed over to Air Selangor as proposed by the Selangor government.