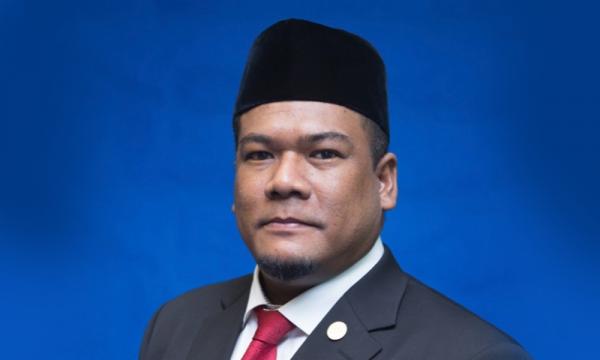 His statement comes in the wake of Dengkil assemblyperson Adhif Syan Abdullah denying the viral post which named him as among those detained.

Abdul Rashid said the assemblyperson did not contact him on the matter and he had learned of the arrest from the Home Ministry.

"I have spoken to party president (Muhyiddin Yassin) last night. We need to wait for the police to complete their investigations," he told Berita Harian.

Earlier, Adif Syan told Malaysiakini that he was at home in Pulau Meranti in Puchong, Selangor, since last night.

"I was at home. The time, date, location (of the alleged arrest). I don't know where they picked it up from," he added.

The viral post alleged that Adhif Syan was nabbed with 10 others, including officers to several high-ranking government officials, at 1.30am.

The Selangor Bersatu Youth chief also claimed he had a meeting with his party members in Dengkil before returning home last night.

"I have been resting, I have not been feeling well for the past one week," he said in response to claims made by a Facebook user Khaled Khodim.

Adhif Syan also said the drug arrest claim was an attempt to sabotage him ahead of Bersatu's inaugural party elections soon.

"I will be lodging a police report," he said.

Inspector-General of Police Abdul Hamid Bador is expected to address this matter during a press conference scheduled for 3pm today.

Youth and Sports Minister Syed Saddiq Syed Abdul Rahman has since announced that he would suspend a ministry officer who was arrested during the raid pending the completion of the police investigations.