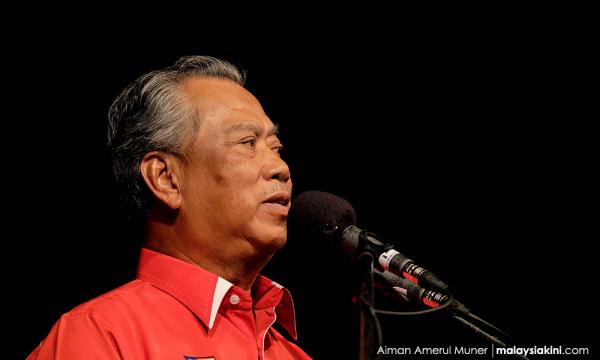 Kimanis by-election is an important test of support - Muhyiddin

He said the by-election is also a testing ground to see if what had been said by Chief Minister Shafie Apdal had been accepted and would serve as a basis in deciding the future direction of Sabah.

“This may just be a by-election but it is of great significance… and another important matter I wish to reiterate is that, it has been one year and nine months since the general election (GE) was held, when the people had sought to make a decision to change the course of history.

"It was not because of the Pakatan Harapan at the national level or Parti Warisan Sabah (Warisan) here, but as the people were aware of the acts of corruption, abuse of power, and other irregularities which have been committed by the Barisan Nasional (BN) leadership, they decided the party should be rejected."

He said this during a Warisan ceramah (political talk) which was attended by Mohd Shafie, who is also the Warisan president, at Bongawan Plaza near Kimanis last night.

Muhyiddin, who is also Harapan deputy president, said in the last general election the people made a momentous decision in putting an end to BN’s 60-year rule.

He said it was undeniable that while they were in power, BN had brought progress, development and implemented various initiatives which benefited the people, but to consolidate power and in pursuit of luxury their responsibilities as leaders in the party and government were all forgotten.

"They (BN) had misused their position and robbed the nation’s wealth which led the people to rise and vote for change, ousting BN from power.

"In this by-election (Kimanis parliamentary), we (Warisan) will be contesting against BN... my simple question is, as a voter, would you want an individual contesting on a BN ticket to be your representative and make history repeat itself?” he asked.

Muhyiddin is confident that the state under Shafie’s leadership is in a good position despite the challenges and difficulties caused by discrepancies in the previous state government.

The by-election for the Kimanis parliamentary seat slated on Jan 18 will see a straight fight between Karim Bujang, 67 of Warisan and BN candidate Mohamad Alamin, 48.