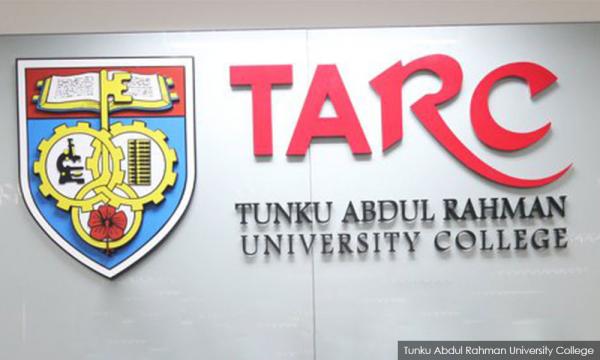 COMMENT | Like a broken record, DAP continues to nitpick at MCA’s pride and legacy – the Tunku Abdul Rahman University College.

And this time the Keranji assemblyperson Chong Zhemin is scraping the bottom of the barrel by alleging that MCA has been profiteering from TAR UC via Delta Pride (M) Sdn Bhd, the company holding the 30-year Build, Operate and Transfer (BOT) contract to build and manage student hostels for the TAR UC Kuala Lumpur campus.

Like the famous quote by F Scott Fitzgerald, “There is no confusion like the confusion of a simple mind.” The following are the facts:

Therefore, the allegation that MCA benefited financially from these student hostels is rather shallow.

The following are more facts for Chong (above) and DAP to ponder on:

Currently, the on-campus hostel provides safe and comfortable accommodation for 2,000 students every year and has benefited around 40,000 Malaysians since it started operation.

TAR UC itself has provided quality education to 210,000 Malaysians, including several cabinet ministers and a chief minister in the Pakatan Harapan government.

All these decades, there has not been a single allegation of mismanagement or financial controversy involving TAR UC or its hostels.

Instead, what has DAP done for our students?

Chong should stop and take stock and not merely spew out such slander that MCA is profiteering from TAR UC or its hostels.

If MCA’s main objective was to score a quick profit, these 10 blocks of five-storey campus buildings would have been torn down to make way instead for 10 blocks of high-end luxury condominiums in the heart of Kuala Lumpur, listing it as the most exclusive premium real estate property owned by MCA.

PAMELA YONG is the deputy chairperson of the Institute of Strategic Analysis and Policy Research (Insap), member of the Board of Governors of TAR UCC and an MCA central committee member.