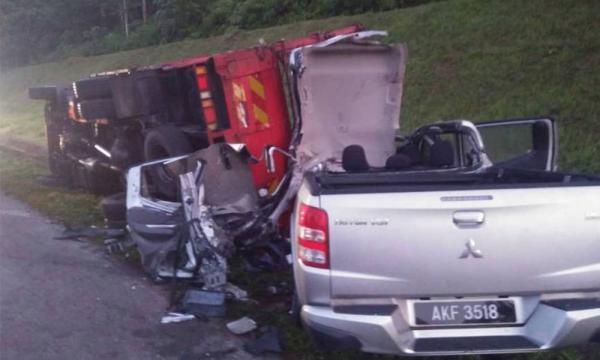 Tanjung Malim Bersatu Armada chief Luth Ishak was killed after the Mitsubishi Triton he was travelling in collided with a lorry at Km 315 southbound of the North-South Expressway, Tapah, early today.

He said the accident was believed to have occurred at 6.15 am when the lorry, laden with eggs and nuts, from the right lane skidded to the left lane and hit the Triton.

“The Triton’s driver sustained a minor injury, while his two rear passengers, one of whom is a member of the Tapah Police motorcycle patrol unit, were badly injured. The lorry driver sustained a broken leg,” he said in a statement today.

Wan Azharuddin said Luth’s body was taken to Tapah Hospital for post mortem, and the case is being investigated under Section 41(1) of the Road Transport Act 1987.