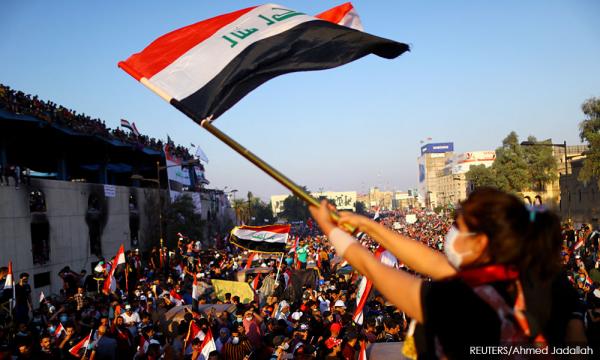 MP SPEAKS | I’m writing about the world’s affair in the past hundred years without looking too far back.

European countries have engaged in bloody civil wars between them prior to the First and the Second World War.

Most practiced liberal-capitalist economic system and freedom for humanity.

After the Second World War, these European countries consolidated their positions and eventually formed the foundation of today’s European Union or EU.

The very aim of the EU was to assist in redeveloping weak European countries by establishing and advocating “shared prosperity” amongst concerning countries to strengthen the EU as a superpower.

The EU that centres in Brussels managed to spread their influence by being the economic backbone to the rest of European countries, as well as broadening their domination especially in the political and economic systems into other parts of the world.

The EU, alongside the United States of America (US), became a major dominating power globally.

The influence of the EU and the US is widespread, strong and evident, and their military capabilities are exceptionally impeccable especially with the formation of the North Atlantic Treaty Organisation (Nato).

Military treaties between the European countries and the US, including Turkey, have turned EU as a great and advance bloc as of today.

On the other side of the world, there is another block of countries, that adopt the socialist or communist ideology.

Despite the fact that we cannot accept their ideology and belief system, these countries are proven historically to be great in dominating their people through the “doctrine” of their struggle.

It was the main reason how Russia was able to influence the Soviet Union and managed to dominate a large number of countries before they broke apart.

The dissolution of the Soviet Union gave birth to eight independent countries, but Russia remained very strong and firm, by dominating people's way of thinking.

The country also managed to become a great nation of military might and economic stance.

China, meanwhile, was at one time a country of chaos, mainly due to the wars between the warlords.

The state of turmoil enabled the Japanese to control a large part of the country.

Prior to that, the British also managed to gain control over China.

We could still see the British historical legacy in Shanghai today. The internal unrest caused China to be conquered by the British and later the Japanese.

However, Mao Tse Tung who led the “Long March” alongside his comrades succeeded in uniting China.

Despite adopting a strong communist ideology which we again, are not able to agree with, Mao and his associates managed to unite the Chinese people under one republic with the exception of Taiwan.

Both nations competed with each other in the race of power and progress and finally, as we can witness in this century, China emerged as an economic and military superpower.

Historically, Mao (photo) managed to unite the Chinese despite the use of brute forces.

Under the leadership of the Communist Party of China, China was modernised into an economic and military superpower and is now the strongest rival to the US.

Taiwan, on the other hand, continues to develop as a country under the US and western influences and has made tremendous progress.

China's progress and power have led other great countries like Japan and South Korea to approach them despite warnings by the US.

Japan and South Korea are slowly changing their direction by building a close relationship with China while remaining close allies of the US and European countries.

The same can be said about North Korea. With the military threats in hand, Japan and South Korea are now approaching the country through dialogues.

The question is where is Islam and the Muslims now, after being left by the British, Dutch, Portuguese, French, Italian and other European colonists in Asia and Africa?

The Islamic countries gained their independence after the colonials were ousted or forced to leave.

Lately, we stand witness to how the Islamic countries or ummah becoming birthplaces to rich leaders.

The luxury purchases such as paintings worth millions of dollars by these leaders were revealed on the news.

They are also proud owners of luxury yachts, hotels and apartments in Switzerland, London, Paris, among many other places. They are also well-known for their casino sprees.

Islamic leaders, be it the presidents or kings, are known for their wealth and luxurious life.

To keep their country secured, they would sometimes seek help from the major powers like the US, Britain or France, to protect their positions and thrones from being overthrown by their own people.

The fact is, Muslim-led countries are still the proxies of superpowers.

The consequences of not being fully independent especially in the way of thinking have made the Muslims weak.

Internal strife is too common. We witness how the Muslims' wealth and lives are so cheaply spilt in the Islamic world.

Look at what happened in Iraq, Syria, Libya, Yemen, Somalia, Sudan, and many others.

In Afghanistan, the war has been continuously raging for more than 40 years and is sadly being fought between the Muslims.

The dignity of the “Islamic ummah” is weak and is not seen as a symbol of strength.

The Muslims always claim that we are the best, Islam as superior to the others.

This is continuously being told in Islamic lectures and sermons, but the Muslims are still at the bottom in terms of economy, social justice, and military capabilities.

The fights keep brewing and the Muslims will always be chasing the pact.

Along came one man in his centenarian, Prime Minister Dr Mahathir Mohamad.

He sees the epidemic, especially in the Islamic world, from the post-World War I to the Second World War and up until now.

He often raises the matter of Muslims' weaknesses in both open and closed meetings.

Muslims need to unite because they used to lead the world in economy, education and military.

As the most senior leader of the Islamic world, Mahathir is the most qualified person to talk about the unity of the ummah.

Alongside leaders from Turkey, Pakistan, Iran and Qatar, he initiated the discussion on the unification of Muslims with the intention of liberating them.

At the very least, with the ideas that are focusing on the future, the strengths of the Islamic world could be improved and mobilised, earning respect from others.

This very idea was translated into the Kuala Lumpur Summit (KL Summit).

The success of the KL Summit can be seen. Probably not immediately evident, but the idea of unification of ummah must continuously be pursued so that Muslims could freely discuss ideas, without the restrictions of sects, racial, and tribes that have often shackle the Islamic world.

The KL Summit is the platform for the Muslims to seriously discuss on how the Muslims should be respected, how the strengths of the Islamic world should be portrayed, and how the wealth should be shared among Muslims, as what was done by the superpowers in the Eastern and Western blocks in ensuring the strength of their allies.

In the teachings of Islam, helping each other is a must, but contrarily, it has never been done by the Muslims.

It is ironically being practiced by others, who interpreted the teachings of the Quran themselves. Meanwhile, the Islamic world is consumed in disputes and wars, lacking in economy and education, and far from any military might.

Therefore, the KL Summit should be supported.

Mahathir has set off something new to bring Islam and the Islamic civilisation back to the world on loan by Allah SWT so that we are able to return to Allah SWT by fulfilling the teachings of Islam.

In the Islamic world today, there are at least two countries that have emerged with great military capacities, namely Turkey and Iran.

Hence, we are expecting these two countries together with Indonesia, Pakistan, Malaysia and Qatar to initiate the role of uniting the ummah and bringing to light the Islamic enlightenment to the ummah of today and the future.

MOHAMAD SABU is the defence minister and Amanah president.