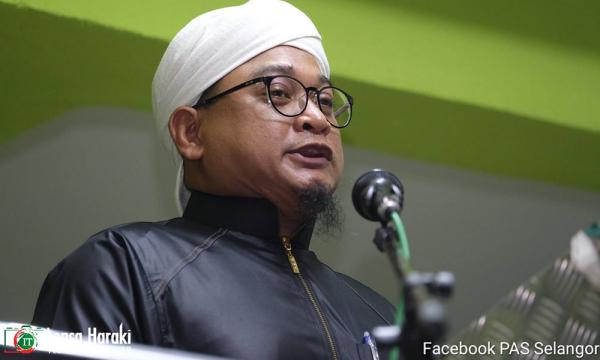 He said this should be the case if MCA wants to be "racist like DAP" amid the party's criticism of the police's move to block a gathering by Chinese organisations in Kajang today to discuss the introduction of three pages of Jawi lessons to the Year 4 Bahasa Malaysia syllabus.

The United Chinese School Committees' Association of Malaysia (Dong Zong), which is against the introduction, however, called off the gathering after it was served with an injunction by the Kajang police.

"If MCA is uncomfortable with Muafakat Nasional or if MCA wants to be racist like DAP, Muafakat can seek out alternatives.

"I propose that Parti Cinta Malaysia replaces MCA," he said on social media with the hashtag "reject racists".

Yesterday, MCA secretary-general Chong Sin Woon questioned why Dong Zong's gathering was stopped but the Malay Dignity Congress in October was not.

"The government can organise a Malay Dignity Congress, but Chinese groups can't organise a closed-door meeting?

"Don't the Chinese have the right to assemble? Are the Chinese ministers on holiday now? They've all become quiet and do not dare to speak?" he had said.

Muafakat Nasional is a political pact between Umno and PAS which was formalised in September.

Following the alliance, PAS has adopted a friendly approach to Umno's BN partners MIC and MCA and have assisted them in by-elections, including the recently concluded Tanjung Piai by-election in which MCA won.