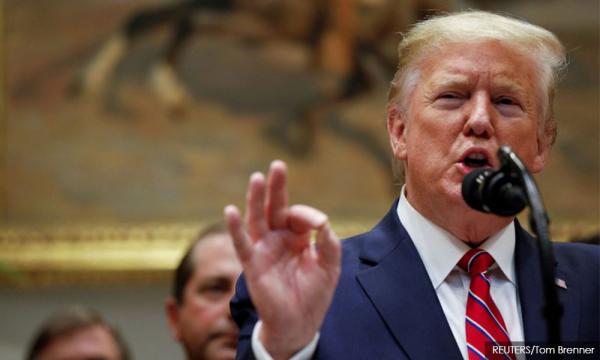 In the weeks before US President Donald Trump’s declaration last month that he would forge ahead with designating Mexican drug cartels as foreign terrorist organisations, cabinet members and top aides from across the government recommended against it, five people knowledgeable about the matter told Reuters.

The recommendations, which some of the sources described as unanimous, have not been reported previously. They were driven in part by concerns that such designations could harm US-Mexico ties, potentially jeopardising Mexico’s cooperation with Trump’s efforts to halt illegal immigration and drug trafficking across the border, said two sources, including a senior administration official.

Another key concern was that the designations could make it easier for migrants to win asylum in the United States by claiming they were fleeing terrorism, the senior administration official and two other sources said.

Stephen Miller, one of the most influential White House advisers and the architect of Trump’s policies to stem immigration, was among the officials who voiced concerns during deliberations that preceded two high-level meetings resulting in recommendations to shelve the designation plan, according to two of the sources.

The White House and Miller declined to comment on the record. All of the sources who spoke to Reuters requested anonymity because they were not authorised to discuss the issue publicly.

Reuters could not determine whether the president had been briefed on the recommendations before announcing, during a Nov 26 interview with conservative commentator Bill O’Reilly, that he was going forward with the plan.

Less than two weeks a later, on Dec 9, the president tweeted that he was temporarily delaying the plan at Mexican President Andres Manuel Lopez Obrador’s request.

The senior administration official portrayed the president’s announcement not as a reversal but as a strategic move.

“Even the threat of designation was extremely useful leverage in terms of obtaining further cooperation” from Mexico, the official said.

The official said that reviving the plan remains “a live possibility” depending on Mexico’s cooperation on such issues as sealing the border to narcotics trafficking and controlling immigration.

The Mexican government has argued that equating drug cartels with Islamic State and al Qaeda could open the door to US military intervention.

In a meeting with Attorney General William Barr on Dec 5, President Lopez Obrador expressed opposition to the designation plan, saying the Mexican constitution would not permit such foreign interference, a presidential spokesman told Reuters on Tuesday. After the plan was delayed, Mexican Foreign Minister Marcelo Ebrard tweeted his appreciation of Trump’s decision, saying “there will be good results.”

Trump has made halting illegal immigration and narcotics trafficking across the US-Mexican border a signature issue of his first term and his 2020 re-election campaign.

Designating a group as a foreign terrorist organisation, or FTO, is aimed at disrupting its finances through sanctions, including asset freezes and travel bans, on their members and associates. The State Department oversees the process.

The success of Trump’s immigration crackdown hinges, however, on Mexico’s cooperation. Earlier this year, Mexico agreed to deploy thousands of national guard troops to intercept migrants moving north toward the US border after the American president threatened to impose escalating tariffs on Mexican goods.

In addition, Mexico has taken in tens of thousands of migrants sent back from the United States to await decisions on their US asylum requests.

The senior administration official said Trump and many top aides have wanted to crack down on cartel trafficking in narcotics and illegal immigration for some time and were looking at novel approaches, including the FTO designation plan.

The president and senior officials believed that they needed “to have an extremely aggressive posture toward the cartels and to look at using tools that had not been used before,” he said.

Two Republican members of the US House of Representatives introduced legislation in March that also would have established an FTO designation for cartels.

The Trump administration began working on its plan in late August, Trump told O’Reilly in the Nov 26 interview, before declaring that the cartels “will be designated” as FTOs.

A few weeks earlier, according to two former officials and another knowledgeable person, deputies to cabinet members recommended in a meeting that the administration’s plan be shelved. The Nov 8 meeting was held four days after nine American women and children died in an ambush linked to what Mexican officials asserted was a territorial dispute between rival gangs in northern Mexico.

Miller attended the meeting and the decision was unanimous, according to one source.

Participants at a Nov 20 cabinet-level meeting also advised against the proposal, according to four sources. That decision, too, was unanimous and Miller was there, two of the sources said.

The agencies represented at the meetings included the departments of State, Justice, Homeland Security, Defense, Treasury and Commerce, one administration official said.

Numerous current and former US officials and other experts say that designating Mexican cartels as FTOs would be counter-productive.

Several pointed out that a 1999 law allowing US officials to designate foreign drug traffickers as narcotics kingpins already allows the imposition of sanctions similar to those authorised by an FTO designation.

The senior administration official said that US officials’ ability to use the 1999 law contributed to the decision to delay the FTO designation plan.

A Dec 19 report published by the conservative Heritage Foundation warned that designating cartels as FTOs would weaken Trump’s immigration policies.

“A terrorism designation could allow unintended numbers to apply for political asylum in the US,” said the report. “The pool of applicants could logically extend beyond Mexico. While Mexican cartels’ territorial stronghold is within their own country, they have representatives on every continent except Antarctica.”

Jason Blazakis, who oversaw the designation process at the State Department’s Counter-Terrorism Bureau from 2008-2018, said that in addition to damaging US-Mexican relations, the FTO designation could hurt Mexico’s economy by prompting foreign businesses to leave the country or reconsider investing there.

Asset freezes and bans on travel to the US could affect Mexican officials, military commanders, and businessmen in league with the cartels.