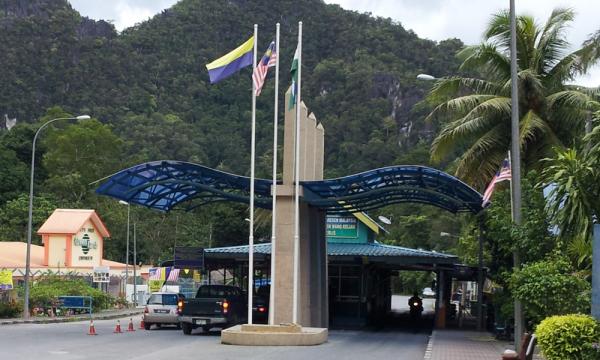 A border agency will be created to oversee, as well as strengthen and raise the standards of operation and security along national borders.

Home Minister Muhyiddin Yassin said the government has accepted the proposal to set up a sole body responsible for guarding the country’s gateways and wanted it to be set up as soon as possible.

“If possible, we want all matters relating to the setting up of the border agency to be settled and finalised within the next two years.

“The matter has been discussed with the Home Ministry’s secretary-general and I will push to speed up its establishment,” he told Bernama recently.

Muhyiddin (below) said at present, the task of managing the national borders is being handled by about 28 bodies, associations and companies, which is a factor contributing to the congestion and delay in the management of border matters.

He said the proposal to set up the agency will undergo a six-month-to-one-year study by consultants who will be appointed in March.

The study will look into all related matters, including the financial, human resource, logistics, as well as relevant laws.

Based on the decision by the cabinet committee that was established to review the proposal to set up a sole body to oversee national borders and gateways including ports on July 3, the Home Ministry has been tasked to conduct a study covering three main domains, namely land, air and sea, starting with the land.

In connection to this, the ministry is willing to learn from the American experience in setting up an agency to oversee the safety of national gateways as is done in several other countries such as Singapore and Australia.

Muhyiddin said if it is established, the body will enhance the efficiency of the checking process via ‘single clearance mechanism’ in improving the security aspect and trade facilitation.

The government’s seriousness in strengthening border security has been proved further when this was made one of the core areas in the Security and Public Order Policy, launched by Prime Minister Dr Mahathir Mohamad last October.

In 2019, the focus of the ministry was on the management of congestion at the Customs, Immigration and Quarantine (CIQ) Complex at the Sultan Iskandar Building in Johor Bahru, Johor.

For this, Muhyiddin said the government has formed a special committee, chaired by him.

To resolve the problem of congestion, the committee has come up with 23 initiatives which will be implemented in three phases - short, medium and long-term - including renovating and improving the CIQ building, providing additional security equipment at the entrance such as the Malaysian Automated Clearance System and M-Bike, as well as mobilising officers from less congested counters to those which are, and implementing contraflow system at vehicle arrival lanes.

The government’s commitment to tackling the problems of the people was further proven when it approved RM85 million for the purpose, announced in the 2020 Budget at the Dewan Rakyat on Oct 11.

The government also extended the implementation of 24-hour operations for heavy vehicles and cargo at the CIQ complex in Bukit Kayu Hitam, Kedah and Danok, Songkhla for nine more months until June 17 next year.

The extension of the 24-hour operations which was initially for a three-month trial period from June 18 until Sept 17, which is historic for the two neighbouring nations, is expected to increase foreign investment, support industrialisation efforts and boost economic growth in both countries.

The CIQ complex in Bukit Kayu Hitam which was built at a cost of RM385 million and was fully operational last August is equipped with an ‘anti-climb’ security fence around the entire area and monitored by about 300 high-definition closed-circuit cameras, while cargo scanner machines have been set up at all heavy vehicle lanes to ensure thorough checks are conducted on all goods entering the country.

Muhyiddin said the ministry does not discount the possibility of using drones to tackle security issues in Sabah waters and border areas.

He said the creation of the Eastern Sabah Security Command (Esscom) has contributed to the strengthening of the border security, but as the sea borders along Sabah waters are too long, it requires a more efficient action in the future.

The use of drones is not new as the technology has been used by the Thai authorities to monitor its national borders.

Muhyiddin said the proposal to use drones to monitor borders was still at the discussion stage and hoped that the government will provide allocations to enable the ministry to conduct test runs in key and critical areas along the national borders.