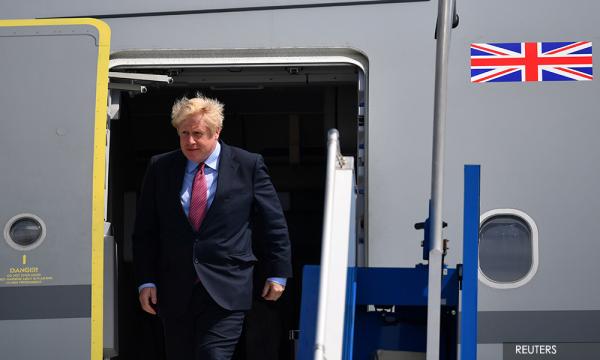 Boris Johnson vows to keep pressing US over fatal crash

British Prime Minister Boris Johnson said on Saturday he would carry on trying to help the family of 19-year-old Briton Harry Dunn, killed in a road collision with a US diplomat’s wife who then left the country.

“The law should take its course and we will obviously be following that case with keen interest and continuing to make representations on behalf of Harry Dunn’s family in the US at every level,” Johnson said.

He was speaking to British broadcasters during a visit to Estonia.

British prosecutors said on Friday they would charge Anne Sacoolas with causing death by dangerous driving and seek her extradition over the crash in August in which Dunn was killed while riding his motorbike.

Sacoolas’ lawyer said her client would not return voluntarily to Britain to face a potential jail sentence for “a terrible but unintentional accident”.

Johnson has previously said he wants Sacoolas to return to Britain and that she was wrong to use diplomatic immunity to leave.

Dunn’s parents met US President Donald Trump at the White House in October.

Trump hoped to persuade them to meet with Sacoolas, who was in the building at the same time, but they declined. -Reuters