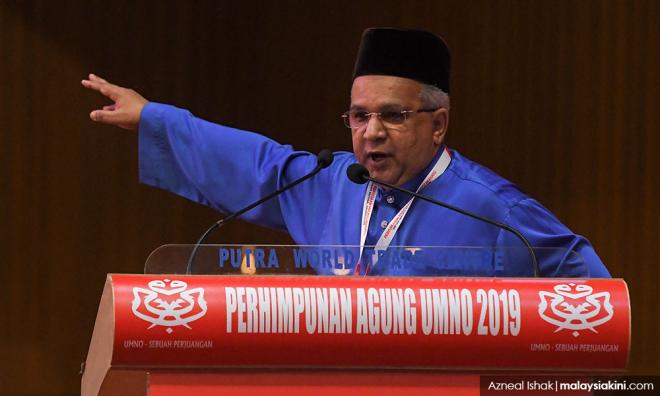 MP SPEAKS | Malaysians must not allow extremists to turn Malaysia into a deeply polarised nation through unchecked dissemination of irresponsible and incendiary fake news and hate speech, creating deep divisions in the country and corroding basic political institutions, fuelling societal anger, ultimately endangering democracy and the nation itself.

Recently, there have been many examples of such irresponsible and inflammable fake news and hate speech in multi-racial, multi-lingual, multi-cultural and multi-religious Malaysia.

The most recent instance was the speech by a Penang Umno leader and Penang BN secretary, Omar Faudzar (above) at the Umno general assembly accusing DAP of importing “phantom voters” from China to obtain more numbers through Chinese nationals.

He told the Umno general assembly that if 5,000 of the Chinese nationals are placed in each of the parliamentary constituencies, “[...] all of our MPs will be wiped out”.

He said: “Politics is a game of numbers. This is their strategy, to obtain numbers through these Chinese phantom voters.”

He alleged that during his monthly Umno state meetings, he found that the number of Chinese voters had increased in comparison to Malay voters and voiced his confusion, claiming that most Chinese families only have two children in comparison to many Malay families who tend to have more children.

He wondered how Chinese voters outnumbered Malay voters in Penang by a factor of three to one.

He said: “Every month our report shows that for every 1,000 Malay voters, there are around 3,000 Chinese voters. We were wondering how did the Chinese outnumber us. If a Chinese (couple) start a family, they have only two children. Malays are more active (in producing kids), especially on Friday nights.

“Where can we find more (Malay) voters?”

It should be easy to verify whether Omar was telling the truth or disseminating irresponsible and incendiary fake news and hate speech which only further polarises Malaysia to the detriment to Malaysia’s democracy and even existence.

Omar also made the allegation of a Chinese national who “obtained a MyKad and registered as a voter in Selangor” but in a check that morning “his record is not in the Election Commission’s data”.

Again, it should not be difficult to verify whether such a serious allegation has any factual basis or not.

If the disseminators of irresponsible and incendiary fake news and hate speech to deepen polarisation in Malaysia by fomenting hate, distrust and intolerance are given immunity and impunity for their dastardly actions, it is not only democracy but the very survival of the Malaysian nation that will be in peril.