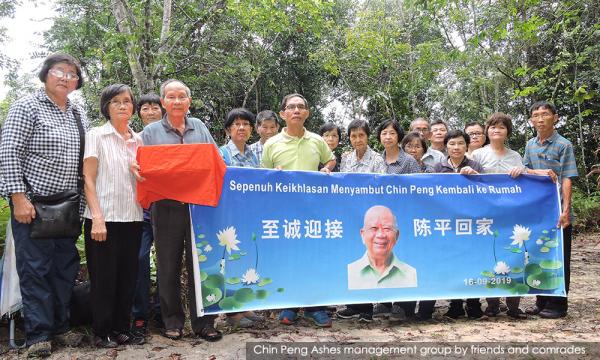 Police to call up people who brought back Chin Peng's ashes

Police will be calling up a group of people who were involved in bringing back the ashes of former Communist Party of Malaya (CPM) leader Chin Peng to Malaysia, said Deputy Inspector-General of Police Mazlan Mansor.

"The investigation is ongoing. We are still investigating because it happened quite a long time ago, so it will take some time for us to identify (those involved)," he told a press conference on the ‘Operasi Bersepadu Khazanah’ here today.

It was reported that the ashes of Chin Peng, whose real name was Ong Boon Hua, were brought back on Sept 16 from Thailand with a funeral ceremony being held on the same day.

Chin Peng's ashes were later scattered at a hillside near Chemor and at sea, about three kilometres from Lumut.

He died of cancer in Bangkok in 2013, a month before his 89th birthday.

The government at that time had prohibited his body or even his ashes to be brought back to Malaysia for burial.

Meanwhile, in Iskandar Puteri the Johor Legislative Assembly had approved a motion for action to be taken against those who deliberately sparked provocation by bringing back the ashes of Chin Peng to Malaysia.