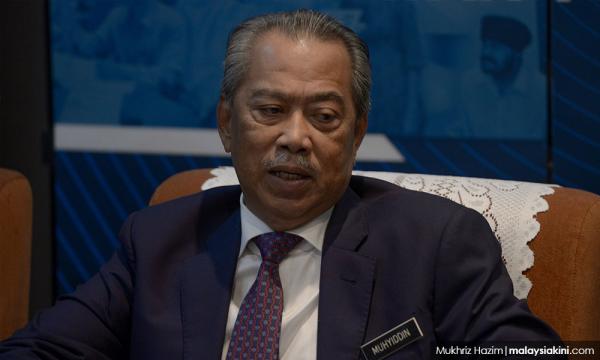 The police are investigating the Malaysian flag with a five-pointed star incident from several angles in accordance with Penal Code, said Home Minister Muhyiddin Yassin.

He said proper action would be taken after the investigations are completed.

"We don't want to see a repeat of this, by anyone,” said the minister, adding the incident had sparked dissatisfaction and anger among Malaysians, despite the organiser's apology.

"The police are investigating, and we will wait for the outcome of the investigations before taking appropriate action,” Muhyiddin told Bernama today.

In a viral video posted on Facebook, the inaccurate flag featured a five-pointed star that was shown on the stadium’s large screen as the national anthem was played during the opening ceremony of a basketball championship organised by the Malaysian Basketball Association (Maba).

The flag also featured 10 red and white stripes as opposed to the 14 stripes on the national flag.

The Malaysian flag is composed of a 14-pointed star and 14 red and white stripes that represent the nation’s 13 states and the Federal Territories.

Following the incident, Maba had issued an apology and said it would take full responsibility for the incident.

Youth and Sports Minister Syed Saddiq Syed Abdul Rahman viewed the incident as the most embarrassing and his ministry would conduct a full investigation before taking further action.