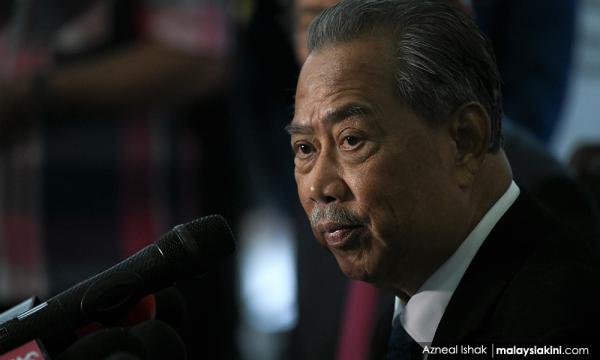 Based on the guidelines on bringing back and taking out the ashes of someone, a family member or anyone at all, the Customs Department must be informed first.

“The question is whether the party concerned had informed the matter or had smuggled the body into the country without the knowledge of the authorities.

“What is certain is that we never knew at all (Chin Peng’s ashes were brought home to Malaysia). We only came to know about it after the family or friend had made a statement,” Muhyiddin told Bernama in Bangkok today. He is in Thailand to attend the 13th ASEAN Ministers Meeting on Cross-Border Crime (AMMTC).

He said several quarters had lodged a police report and the matter would be investigated in detail and appropriate action would be taken.

“We don’t want the issue to be raised again and create anger especially to the family of victims of communist violence, either directly through Chin Peng or the communist movement during the emergency period before,” he said.

Meanwhile, Deputy Prime Minister Dr Wan Azizah Wan Ismail also said that there was no request to the government from any party to bring Chin Peng's ashes into Malaysia.

She also said the relevant ministries had been asked to look into the matter.

“We have to think about the sensitivity (of the issue),” she told reporters after launching the "Smart Technology For Smart City Summit" in Kuala Lumpur, today.

She added that the government would decide on the next course of action after completing investigations.

The deputy prime minister was asked to comment on reports that Chin Peng's ashes had been brought back to Malaysia recently and were scattered at two locations in Perak.

It was reported that the ashes of the CPM former leader were brought into Malaysia on Sept 16.

In another development, Wan Azizah, who is also women, family and community development minister, said the ministry was in the process of getting feedback from seven states which had disagreed to amend their laws over the minimum age of marriage for girls to 18.

“We want the age limit to be raised so that our children, whether boys or girls, will understand that a marriage is a responsibility,” she said, adding that the divorce rate, particularly among young people, was high and could become a social problem.

Previously, Wan Azizah was reported as saying that only five states had agreed to amend their respective enactments or ordinances on the minimum age of marriage.

The states are Penang, Sabah, Johor, Malacca and Perak, while Selangor has amended its enactment and the Federal Territories are in the process to amend its law.

It was reported that the ministry was at the final stage of completing the draft of the national strategic plan on the underage marriage issue.