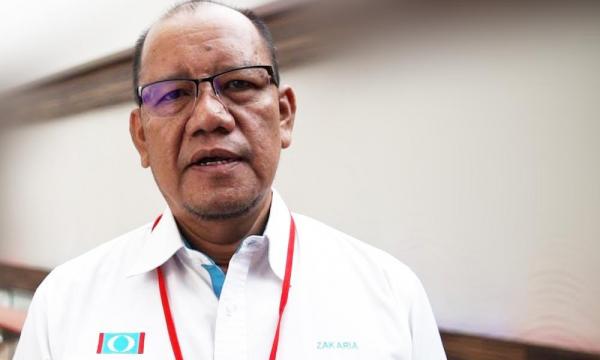 The latest crisis in PKR over the cancellation of an invitation to deputy president Azmin Ali is showing no signs of abating.

In a scathing salvo this afternoon, a central leadership council (MPP) member, whom secretary-general Saifuddin Nasution Ismail described as a close friend, rained criticisms on the latter.

Among others, Zakaria Abdul Hamid branded him a puppet, whose lifeline is attached to PKR president Anwar Ibrahim.

He also accused Saifuddin of making unprofessional statements, which he claimed has plunged PKR into disorder.

“The disarray in the administration is becoming more evident when such statements are made.

“The latest is Saifuddin's agreement with setting aside convention with regard to the deputy president officiating the Youth wing national congress...

“I do not see this as new politics but something archaic and feudalistic, just following the leader's orders while his 'backbone' is controlled by hidden hands,” he added.

Zakaria also claimed that Saifuddin is known for his poor management skills.

“He also lacks the courage to contest in the party elections and depends on his lifeline which is connected to the president on the basis of sympathy and being an old friend...” he added.

Despite the secretary-general's alleged dismal performance, Zakaria said he would not tire of urging him to resolve the crisis in PKR.

He said the correct step would be for Saifuddin to convince Anwar to meet with MPP members who won in the party polls.

Saifuddin: Ask me if I'm a puppet at MPP meeting

Contacted later, Saifuddin declined to censure his “good friend” Zakaria via the media but advised him to attend the next MPP meeting to air his grouses.

“I respect Zakaria. He is a close friend in PKR for more than 20 years... He understands PKR well.

“I refuse to attack a friend through the media although he has done this to me.

“I suggest that he attends the meeting. At the meeting, he can ask if I am a puppet or do I make my own decisions. I will respond in a calm manner,” he told Malaysiakini.

Previously, Azmin said the decision to rescind his invitation to officiate the Youth congress next month was an attempt to silence him.

He also claimed that Youth chief Akmal Nasrullah Mohd Nasir would not dare cancel the invitation, therefore is convinced the latter was acting on the instructions of hidden hands.

Although he did not mention names, it was clear that Azmin was referring to Anwar. Their respective factions have been engaged in a protracted feud.

Yesterday, Anwar dismissed the hidden hands allegation, saying: “Perhaps he (Azmin) is looking from the sky or moon.”