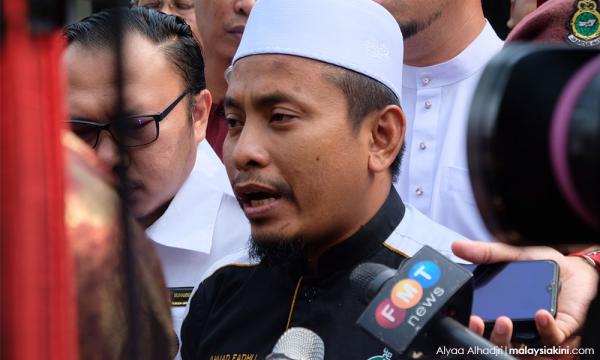 In a statement today, Fadhli (above) said it was not appropriate for Sim, who does not hold any position in DAP's national leadership, to debate with Tuan Ibrahim, who is the No 2 in PAS.

Fadhli was responding to Sim's move to challenge Tuan Ibrahim to a public debate, where the deputy minister said he would present "proof" that PAS' brand of politics is bad for the country.

The PAS lawmaker said he too would like to prove that DAP's politics was "evil" and would "destroy" the country.

"Our (debate) topic is simple - PAS atau DAP yang bahaya untuk negara (Is PAS or DAP that is dangerous for the country?) - I don't think there are any obstacles for Sim to accept this debate," Fadhli said.

DAP accused of having a Christian agenda

This is the latest tit-for-tat between PAS and DAP, which have been accusing each other of having ideologies incompatible with Malaysian values.

This followed the decision by PAS and Umno to form a pact, which many DAP leaders had argued would lead to a more racialised country.

Following this, Tuan Ibrahim accused DAP of having a Christian agenda, citing Sim's speech at a church in September.

According to Tuan Ibrahim, Sim's speech was "proof" that DAP was promoting the "Kingdom of God" and the "Jesus Manifesto".

Sim clarified that his speech on Christian values - including justice, transparency, the reject of corruption and oppression - at the church was purposely taken out of context to spread religious hatred.

Tuan Ibrahim would later use the purported Christian agenda as his three reasons - the other two being alleged links with the Liberation Tigers of Tamil Eelam and links to communism - for the government to ban DAP.

Yesterday, Sim issued the debate dare against Tuan Ibrahim in view of the many statements that the latter had issued and which touched on religious sentiments.