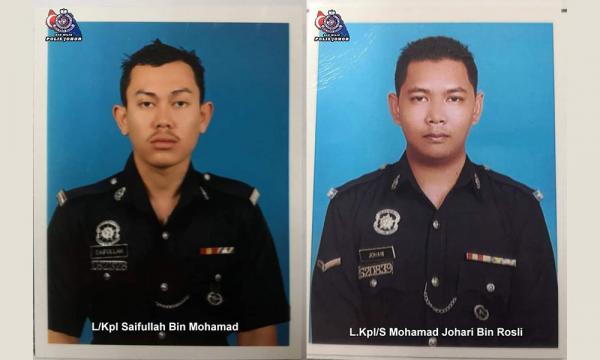 Two police officers died while three others sustained injuries after a lorry crashed into the officers who were packing up their equipment after manning a roadblock at Jalan Changong, Pasir Puteh, Seri Alam in Johor this morning.

"In the 5.30am incident, officers from Seri Alam district police headquarters were loading their gear into a police Land Rover after manning a roadblock when they were hit by a lorry travelling from Kota Masai to Taman Pasir Puteh.

"Initial investigation found that the driver had lost control of the vehicle causing it to swerve to the left side of the road, crashing into the Land Rover and five of the six policemen who were on the roadside,” he said in a statement here today.

He said the three injured policemen are now being treated at Hospital Sultan Ismail (HSI).

"Investigation will be conducted under Section 41(1) of the Road Transport Act 1987," he said.