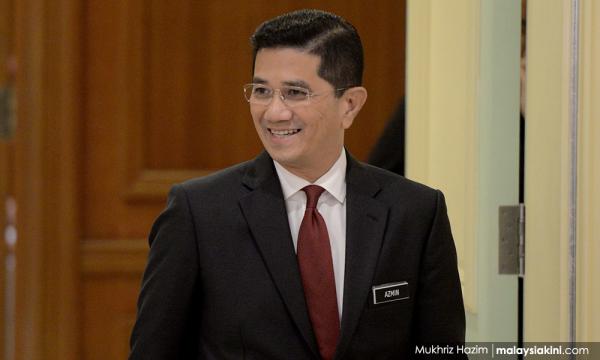 Gov't still scrutinising proposals for takeover of Khazanah stake in Plus

The government is still scrutinising the various proposals received to take over Khazanah Nasional Bhd’s 51 percent stake in Plus Malaysia Bhd.

Economic Affairs Minister Azmin Ali said the government was evaluating the impact of the takeover from the financial aspect and in fulfilling the responsibility to the highway users by reducing the cost of using it.

"Among the steps we are thinking about is to reduce the toll rate, or if we can, to abolish toll in the near term, because if we are to refer to the Pakatan Harapan (election) manifesto, it does not state that.

"The manifesto clearly states that we will discuss in stages with the concessionaires. This is all being still considered as we do not want to burden the government’s present financial position, while extending assistance to the people and highway users,” Azmin told reporters after the Malaysia Sustainable Goals Summit 2019 in Kuala Lumpur today.

He said this when asked to comment on a news report that the Ministry of Finance (MoF) would take over Khazanah’s stake in Plus.

According to the news report, the MoF is believed to be eyeing Khazanah's stake as Putrajaya seeks to prevent the much sought-after asset from falling into private companies.

Citing sources, it also said the MoF would buy the stake in the country's biggest highway concession holder and retain the asset within the public sector, while the proposed acquisition would be brought to the cabinet for deliberation soon.

Azmin said he had yet to see the reported proposal by the MoF.

“We have no decision as now. Plus is 51 percent owned by Khazanah and the Employees Provident Fund at 49 percent. Technically, both are investment arms of the government, so we will see how they can assist in supporting the government’s policy to reduce toll on the said highway.

"I have not seen the proposal (by MoF) as I believe it is being scrutinised by the Works Ministry," he added.